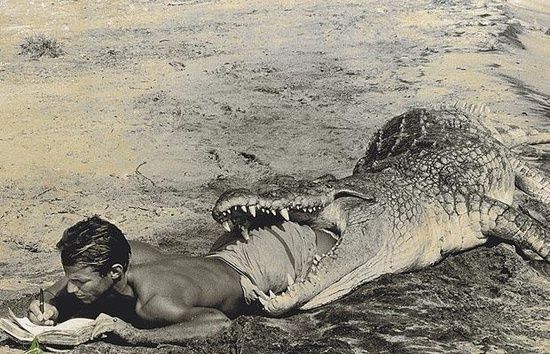 A self-portrait of photographer and adventurer Peter Beard writing his diary in 1965.

This is probably the type of thing I’d be writing in a written journal if I did that anymore, but I don’t. I have dream journals and planners and list books, and so on, and somehow the thought of just one more notebook piled up makes me feel a little crazed. I may be writing things like here this more often, these sort of “get it off my chest so I can sort it out” type missives and rants and rambles. Sometimes I don’t know how to think about a problem or what do to about an issue until I’ve taken the time to put it to words and read them back to myself. This is a habit I’ve lost track of and pretty obviously should pick up again.

It’s difficult to not take one aspect of something you do, and maybe have not done well (or maybe someone thinks you’ve not done well although you might beg to differ, but you’ve been gaslit and had your own voice talked over for almost 15 years by this person, so maybe you don’t know the difference anymore) and take this failure or series of perceived failures and not say I AM A FAILURE IN EVERY RESPECT. I don’t know how to let something just be that one thing. Instead, it makes me feel like everything I have ever done is wrong, that everything I ever will do is wrong, and it’s just a really awful, defeating feeling. Logically I know I am smart and clever, funny and kind, I know I’ve done some very good and interesting things before and I know I will again… but also what are you even talking about? I’m a big fat idiot and everything I do is garbage.

I thought in the past year I’d gotten to a place where I could step back and say, “yes–this was a bad day. It’s just ONE day. Tomorrow is going to be another day. It doesn’t have to be a string of bad days that turn into a bad week.” And you know, I was doing really well with that line of thought, but also, it’s easy to think these things when you’re doing pretty well in general.

This bad day was yesterday. When things start to go spectacularly wrong for me, I become paralyzed and weirdly hot and cold all over. My brain fogs up and I can’t think. This lasts for hours. In certain instances, I lose my appetite, and I can’t eat, or even think to pour myself a glass of water to hydrate myself. It’s not a panic attack; I think I might be too repressed to have a proper panic attack (that is sort of a joke but also sort of not.) But it’s definitely a scary thing I experience on occasion and I recognize it when it’s happening. At one point I told myself…just do one thing. One thing! Keep moving, even if it’s at a glacial pace! And I did the one thing. And then I did another. And then I sent an email or two, and then finally the day was over. I never quite got to feeling right again, but I did slowly come out of my freeze.

After a day like that, my first instinct is to turn off, zone out, have a trashy dinner, and maybe even a bottle of wine. None of those things are great ideas for me, personally, because it’s not-great decisions like that, that might turn a bad day into a bad night, and then a bad morning 12 hours later. I should have had some sort of dinner pre-prepared, which is what I normally do on Sunday nights, but the day before was Sunday and I was having a bad feeling about the week ahead (I wonder if that contributed to the bad day? Then again, I don’t think I believe that anymore. My thoughts didn’t make this happen. Thoughts are not things*. They are just thoughts.) I had a sort of “stick my head in the sand and don’t think about it” reaction about it and so that Sunday evening nothing of the sort done. And so after the bad day yesterday, I had chicken nuggets and tater tots for dinner and I watched Scott Pilgrim and Wanda Sykes and went to bed. I don’t know why I wanted to watch Scott Pilgrim, I don’t even like that movie. Maybe I just wanted to see Ramona Flower’s colorful hair and get mad on behalf of Knives Chau? Also, did you know Knives Chau was Jenny in GLOW? Anyway, one thing I did not do was drink a bottle of wine, so I guess yay, me?

I wish I had gone for a walk. I wish I had fixed a cup of tea and did some knitting. I think reading would have been out of the question because I probably could not have concentrated. But engaging in physical activity and having something to do with my hands would have been good for me. I know this from experience. And if today plays out in a similarly shitty fashion, I am going to breathe. I am going to have a big glass of water on a little coaster sitting close at hand. I am going to keep doing one thing and then the next and maybe stand up and have a stretch and do another thing. And then the day will be over and I will make orzo with shrimp, tomato, and marinated feta (which I meant to make yesterday) and go for a walk and listen to Misery on audiobook and dang it is so interesting listening to books instead of reading them but that’s a thought for another time, and knit a sleeve on the first sweater I’ve made in over a decade and And AND! Even now, even feeling like a bloated zombie who got too much sleep and ate too much processed frozen food yesterday and who is still utterly dreading the day ahead of me…after having taken a second to dump out this jumble of thoughts, I am able to think more clearly and I am getting excited about things.

I knew this was going to be a good idea. Stay tuned for more messy thoughts and stupid feelings and complicated emotions in 2020!

*RE: “thoughts are things.”  I used to believe that thoughts had that kind of power. But thoughts don’t make you sick, thoughts aren’t the reason that someone got fired from their job, thoughts aren’t what caused that horrible accident. It doesn’t work like that. Megan Devine of Refuge In Grief talks a little bit about this on her Instagram account (maybe it’s in her book too) but I feel like this is really important to remember:

“You cannot manifest death or health or loss or grief just by thinking about it. You are many things, but you are not that powerful. Your thoughts did not create this loss.”