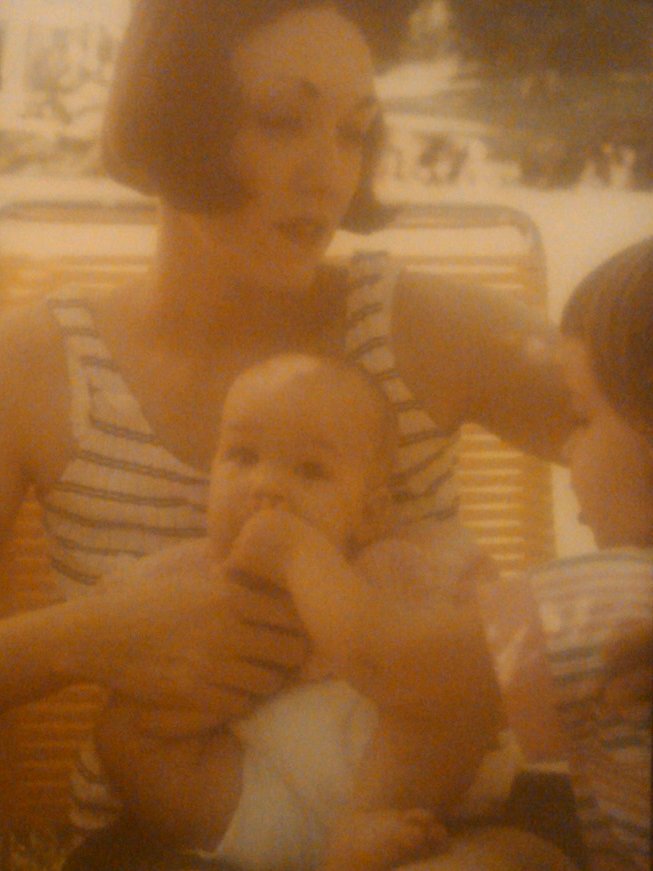 My mother, my sister and I; I am feeding my sister her foot. Fuck her if she can’t take a joke.

My mother would often declare this with regard to just about everything – I still don’t even precisely know when this is an appropriate tack to take, but it remains one of my favorite inner-monologue responses to this day.  It so perfectly encapsulates her attitude about life and everything attached to it.

I recall telephoning her one afternoon after a particularly rotten day at work, early on in my job, when I hadn’t quite toughened up and gotten on board with how my particular employer operated. I had been called into the office and essentially advised that I needed to make some changes or I was done there.  In a teary phone call I relayed all of this to her, and, though I didn’t ask her, the question hung in the air, over the miles between us.  What should I do?

“Fuck ’em if they can’t take a joke. Just quit. You’ll find something else.”

I laughed and calmed down and the next day I went to work and did not quit. That was terrible advice.  My mother quit a lot of jobs and burned a lot of bridges and I did not want to be my mother in that respect.

Today marks two years since my mother passed and this phrase has worked its way insidiously into mine and all of my sister’s vernacular.  I suspect none of us really know what it means, but it somehow now always feels fitting.

Two years ago last night my mother called to tell me her doctor notified her that she was doing much better, the chemo was doing its job, and she was on her way to some kind of recovery. She informed me that she wanted prime rib for Christmas dinner. I was irritated because I figured she wasn’t going to show up anyway  – she often promised an appearance at family dinners and then backed out at the last minute – and then I would have made a pain-in-the-ass prime rib for nothing. I told her I would make it happen, but that she had better show up for dinner if she knew what was good for her.

This was the last conversation I was to ever have with my mother; the next day she was dead.

Fuck me if I can’t take a joke -right mom?