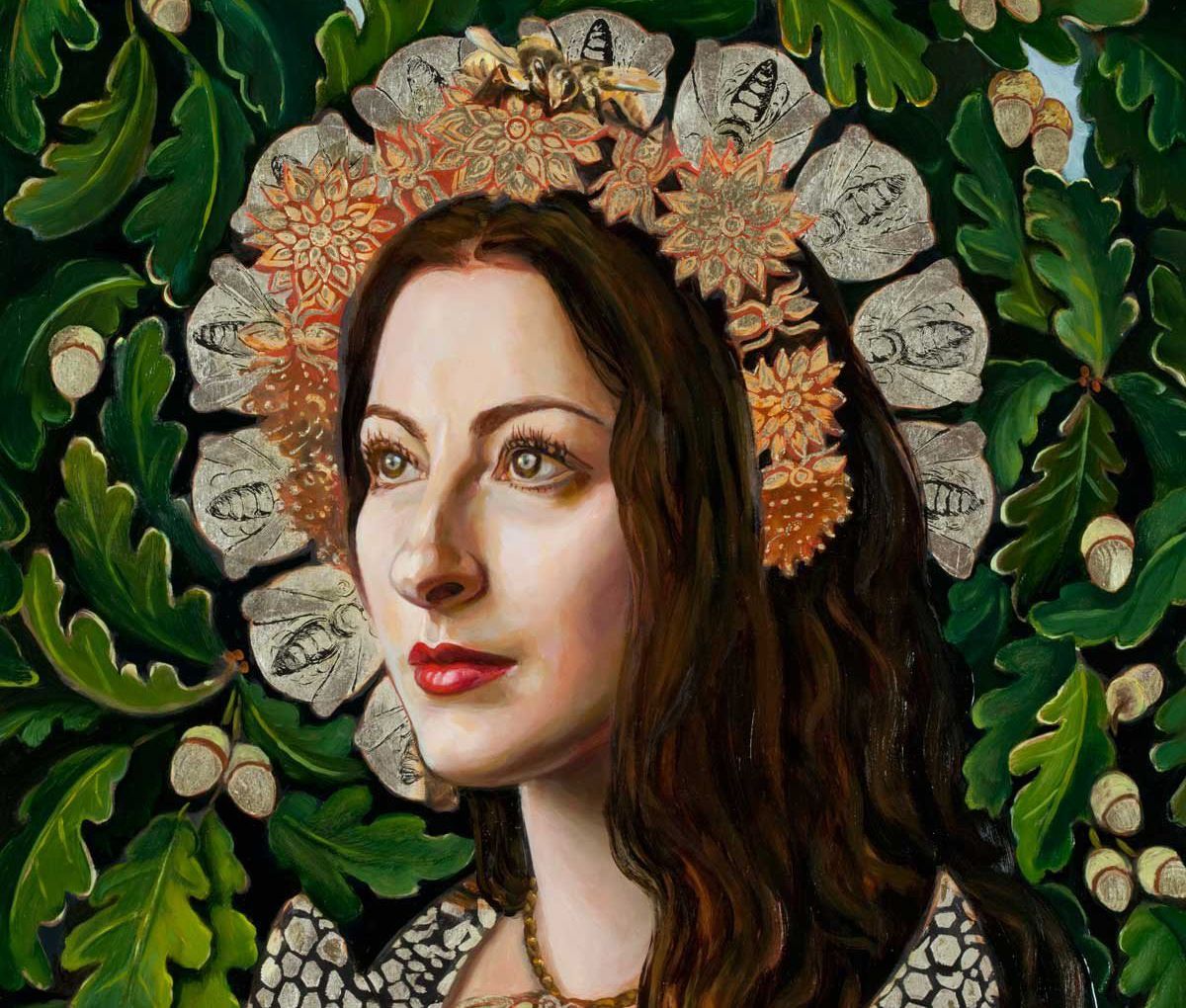 Listen, you guys. If you don’t know by now of my ardent and abiding admiration and appreciation for Pam Grossman–this generation’s reigning supreme!– I don’t even know what to tell you, and I don’t know how much further I can embarrass myself by gushing and crushing on her some more. But it’s just…I do love her so very much! Pam is a continual source of awe and inspiration and the work she does is important and exciting and it thrills me to my marrow every time I observe some new bit of magic she releases into the world.

…and this month I’m overjoyed and ecstatic that she’s going to share some of those gemmy, plummy, Pammy magics here with us, at Unquiet Things, for our October installment of Ten Things!

Pam Grossman is the creator and host of The Witch Wave podcast and the author of Waking the Witch: Reflections on Women, Magic, and Power (Gallery Books) and What Is A Witch (Tin Can Forest Press). Her writing has appeared in such outlets as the New York Times, The Atlantic, TIME.com, Sabat Magazine, and her occulture blog, Phantasmaphile. She is co-founder of the Occult Humanities Conference at NYU, and her art exhibitions and magical projects have been featured in such publications as Artforum, Art in America, and the New Yorker. You can find her at PamGrossman.com and @Phantasmaphile. 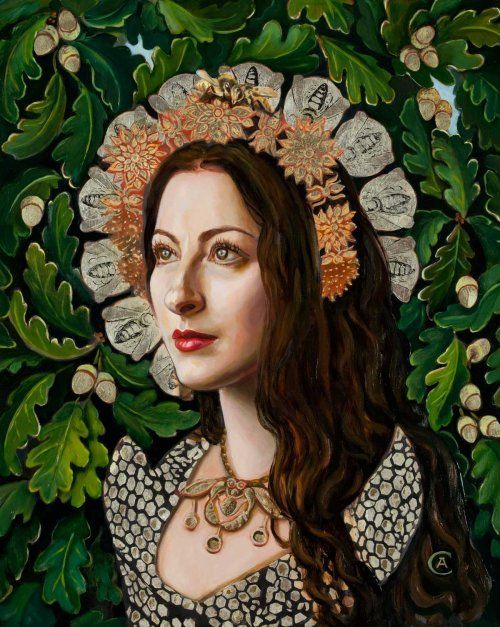 When I was invited to contribute to this beauteous blog I confess I got a bit overwhelmed because, while I adore making lists, it is often difficult for me to know when to stop. I also confess that the above title is a paltry attempt at giving myself some semblance of constraint, but if I’m being honest I live pretty much every second of my life like it’s an autumn night. However “Shit I Really Fucking Dig” just doesn’t quite sound poetic enough now does it? 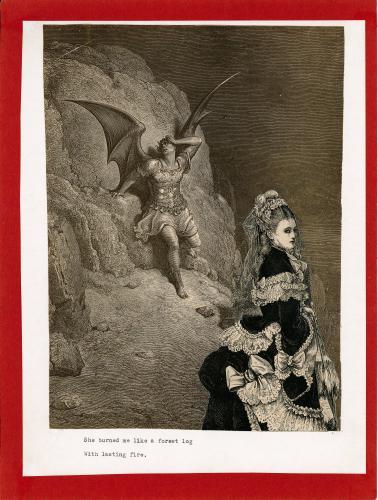 1. Books by and about Helen Adam

Helen Adam was a Scottish-American poet, collagist, and playwright who hung out with the beats and bohemians of San Francisco, but was, by my estimation, the raddest of the bunch. She was into witchcraft and the dark feminine, and her poems, plays, short stories, and artworks often feature such delicious figures as harpies, a Worm Queen, and dark sorceresses of every stripe. She was also wickedly funny and astonishingly prolific. I fell head over heels for her after seeing some of her deliciously twisted collages in the Robert Duncan and Jess exhibition, The Opening of the Field, at NYU a few years back. In fact I love her so much I used a bit of her poem, “At Mortlake Manor,” as the epigraph of my book. Best places to start are the Helen Adam Reader edited by Kristen Prevallet and The Collages of Helen Adam edited by Alison Fraser, but really you can’t go wrong with anything else you might encounter. 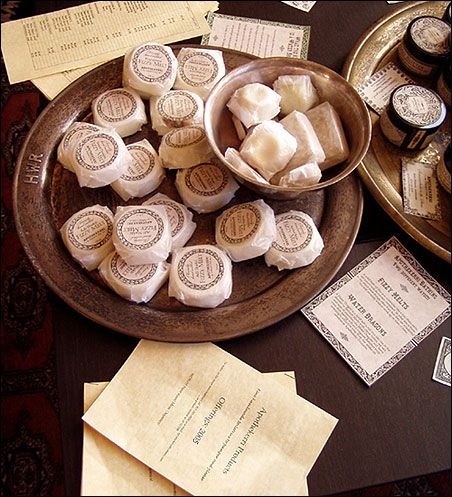 Baths are a crucial part of my magic-making, not to mention my self-caretaking. I could not live in a home without a bathtub, and when a hotel room is shower-only, I am filled with despair. One of the best bathing experiences of my life was at an onsen in Japan, and I am forever trying to recreate that experience, which is why I’m obsessed with this book, as well as anything that is scented with hinoki. Still, I love plenty of other bath magix – my one rule is it must not be a pain in the ass to clean afterward, so no glitter bombs for this lady, thank you very much. Bathing is supposed to be chill, not a chore! Here are a few of my very favorites:

– Pretty much anything by Apothekerri. This bath witch makes everything in small batches, and she is a lovely human as well. You can order them directly from her, or here.
– I adore these West Marin Bath Salts by Leila Castle. The smell like walking through Muir Woods.
– These hiba wood bath salts from Cul de Sac Japan get me pretty darn close to the feeling I described above. I only wish they came in larger sizes.
– I stumbled upon One With Nature rose petal bath salts at my local pharmacy and saw them at my grocery store recently too, so they aren’t fancy. But affordable luxuries are always appreciated, and these smell divine. 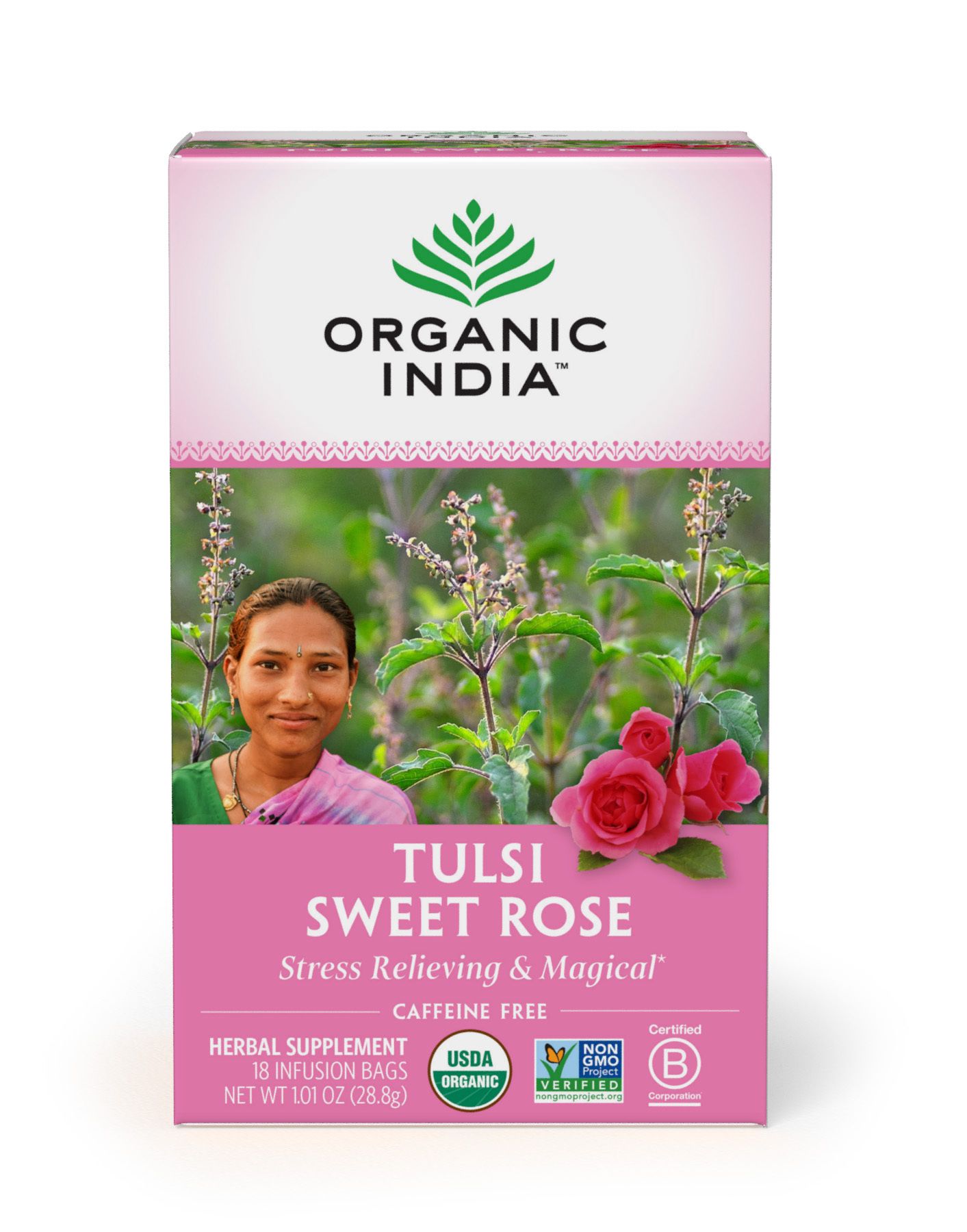 Speaking of rose, my palate changed as I got older, and I now find rosy foods and elixirs no longer soapy, but irresistible. Can’t get enough of this Tulsi Sweet Rose tea, for example. Makes me feel like a fairy when I drink it. 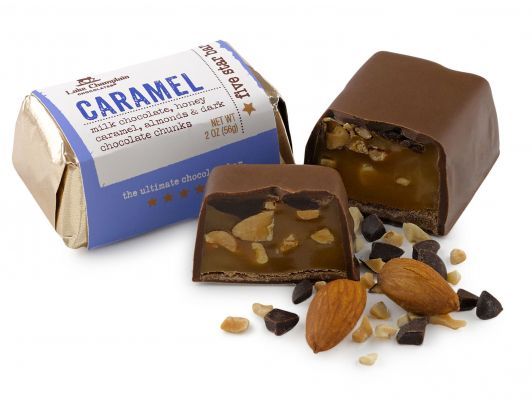 Some of you might be most familiar with Steve Almond as one half of the magnificent Dear Sugar podcast with Cheryl Strayed (that is a recommendation in itself, as is the book), but I will forever think of him as the author of Candy Freak who thereby got me addicted to Caramel Five Star Bars by Lake Champlain Chocolates. I don’t even know how to begin to describe how delicious they are. My husband and I love these little bricks of ecstasy so much we bought some for everyone in our wedding party (they are also based out of Vermont where we got engaged). 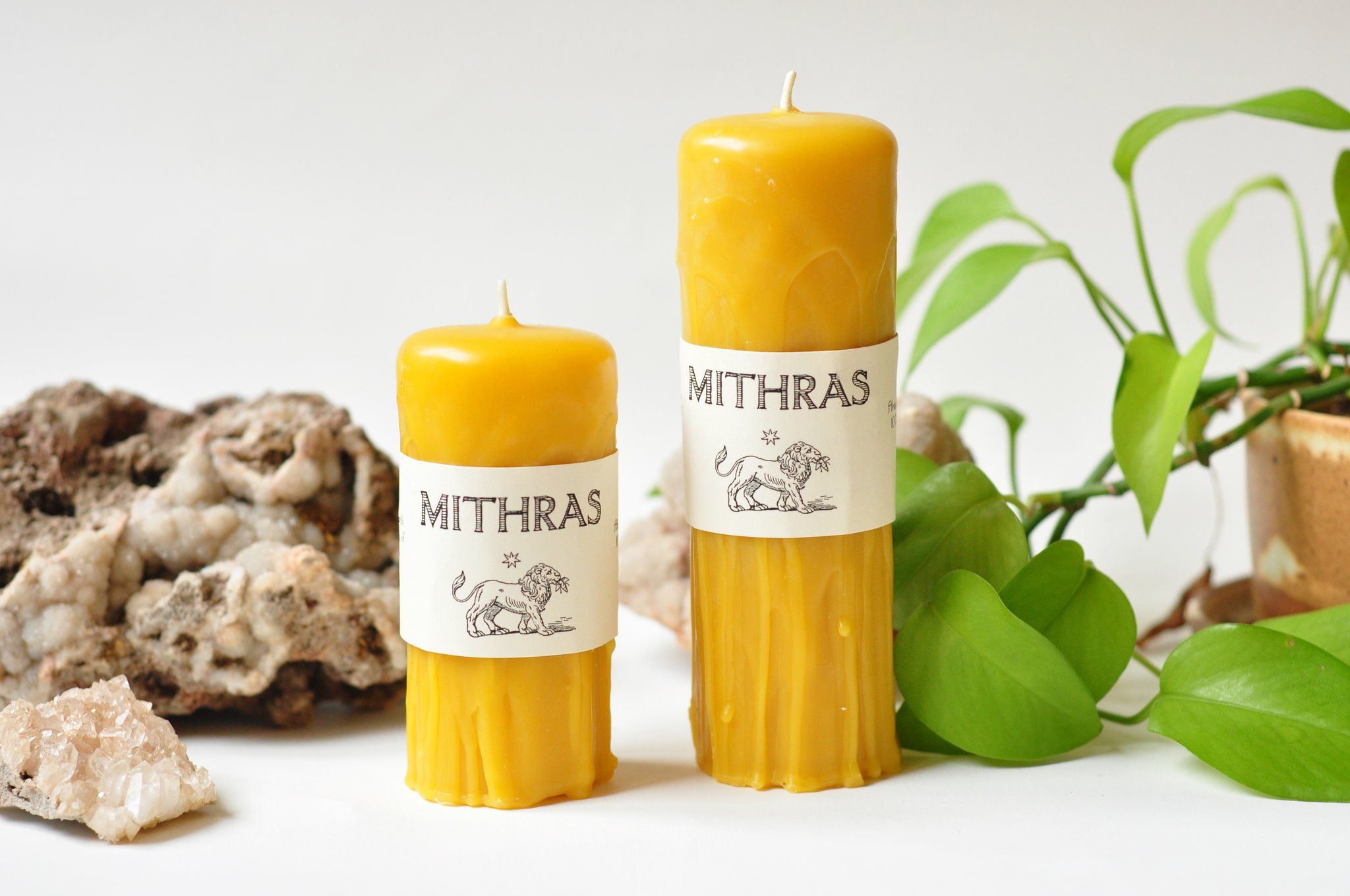 I love any and all beeswax candles, but I am extremely spoiled because I am dear friends with the man behind Mithras Candle out of Philadelphia (and full disclosure, they are also a devoted Witch Wave sponsor. But that is not why I am recommending them, I’m just a genuine fan). These candles are hand-dripped and look like a column of wax stalactites or something out of a wizard’s secret library. They smell amazing, they glow like magic, and they are crafted by a beautiful soul. 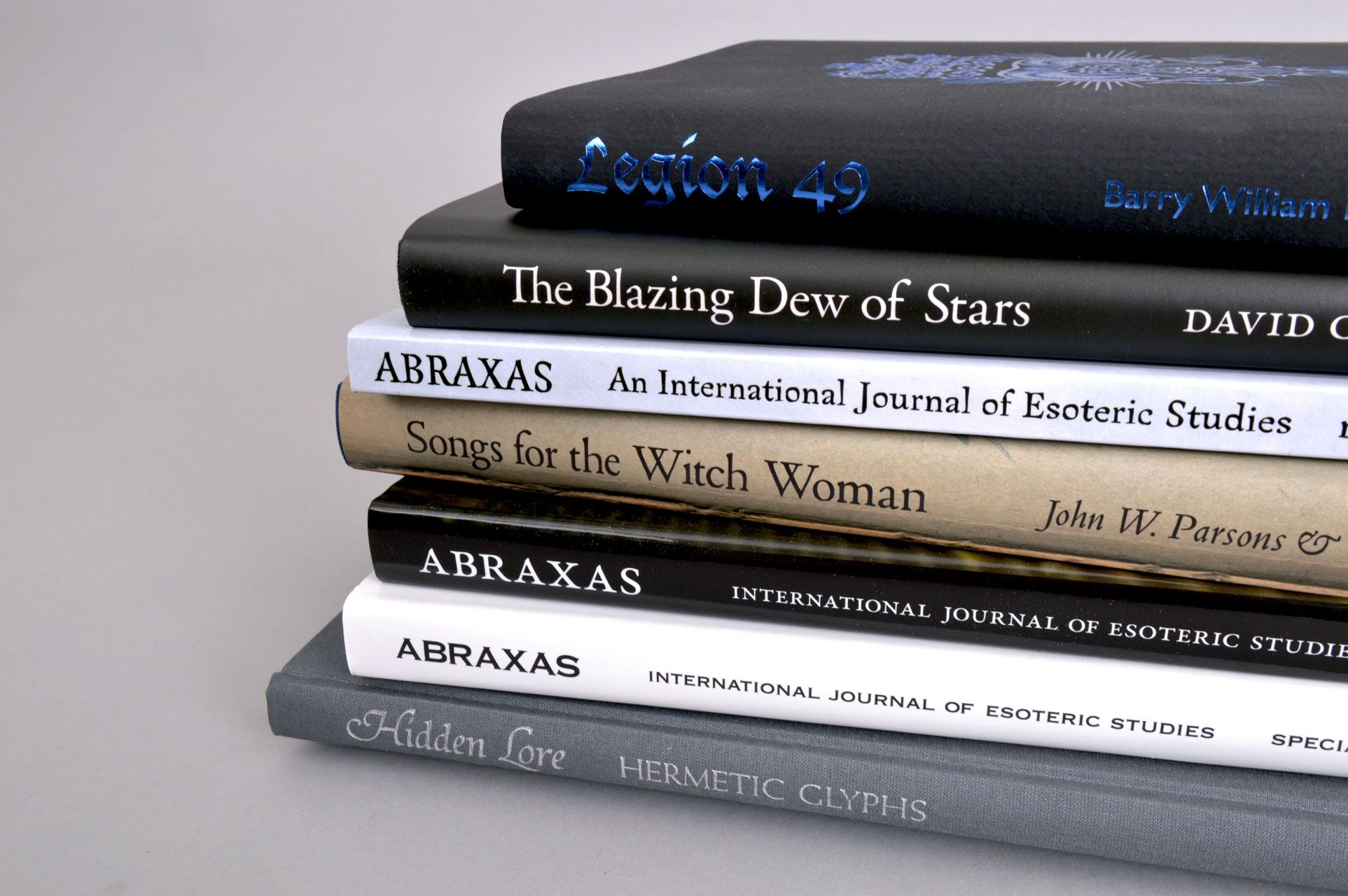 Our apartment is bursting at the seams with books, but that doesn’t stop me from procuring as many tomes on the occult and art as possible. There are so many I could recommend here from various places, but I say save yourself the trouble and get everything that Fulgur Press puts out. Based out of the UK, they specialize in exquisitely-made talismanic books and feature such brilliant esoteric artists as Jesse Bransford, Shannon Taggart, Marjorie Cameron, and Ithell Colquhoun. 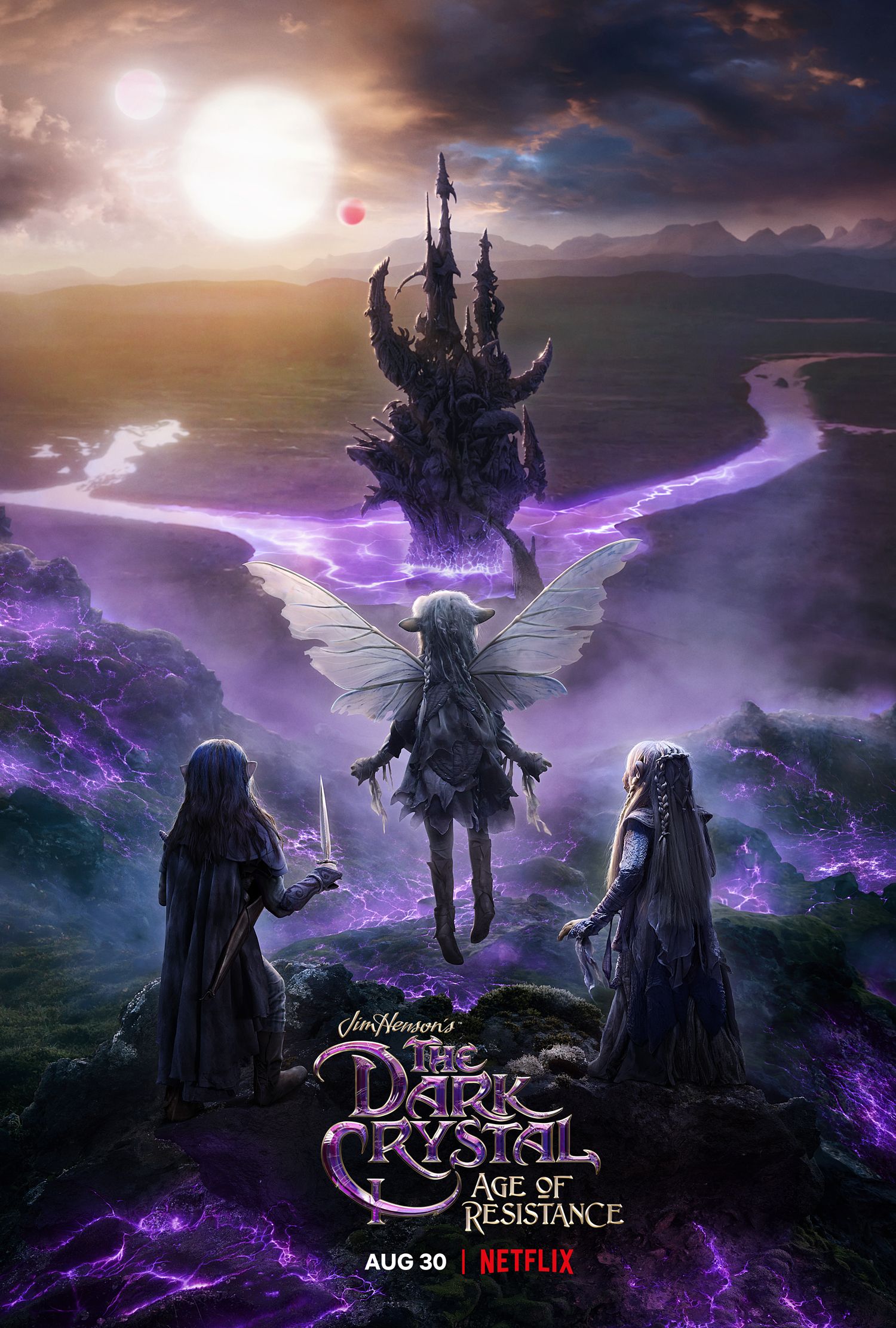 Have you watched the Netflix series The Dark Crystal: Age of Resistance yet? If not I truly don’t know what you’re waiting for. It may be the most gorgeous show ever made, and I’m not hyperbolizing. (And when you’re done, have a look at the marvelous making-of documentary as well.) 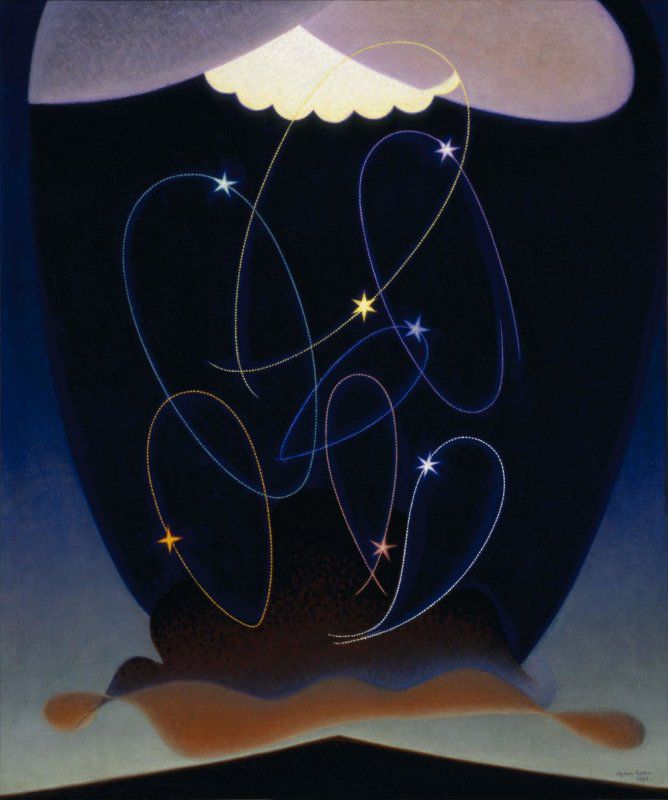 You know how everyone is now madly in love with occult abstract art pioneer Hilma af Klint? Mark my words, in a few months you’re all going to be losing your minds about Agnes Pelton. She was a member of the Transcendentalist Painting Group, and inspired by Theosophy and other esoteric studies. Her work is quasi-figurative, but with its own visual vocabulary that feels otherworldly and drenched in radiant pastel hues. I first encountered her randomly in this lovely book that I found in a bargain bin several years back, and recently had the good fortune to see a retrospective of her work at the Phoenix Art Museum. When that exhibition hits the Whitney here in New York next spring, it’s gonna make waves and expand minds, no doubt about it. OK, not an autumn thing. But look into her now and you’ll be ahead of the curve and awash in mystical majesty at the same time! 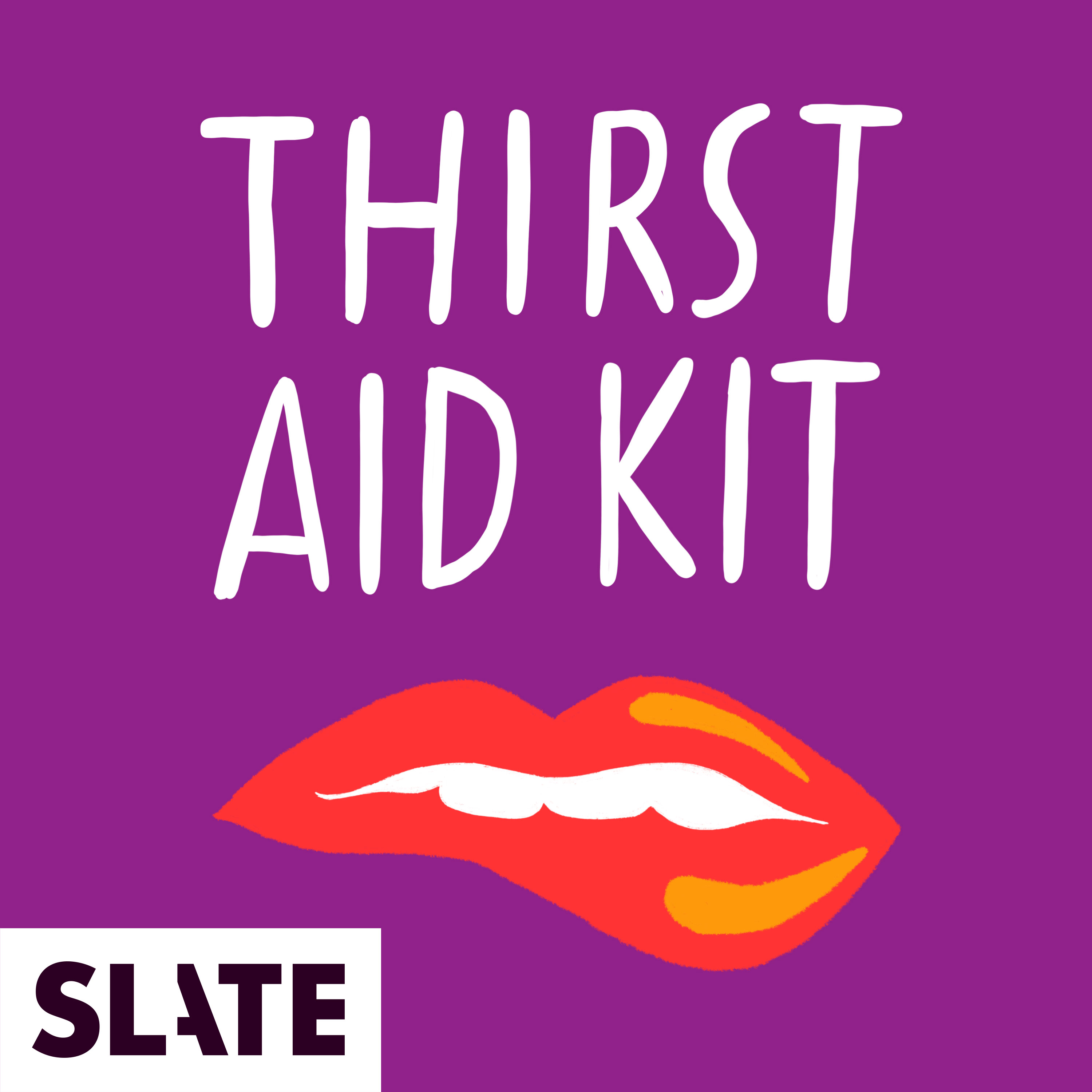 As much as I love the darker months, I can sometimes be susceptible to the blues, the grays, and the glooms. And so things that keep me from getting too heavy are welcome always, but especially during the shadowy side of the year. Here are some of my go-tos to keep the maudlin monsters at bay:

– TV: If you are reading this blog regularly, then Los Espookys was made for you. Just trust me on that. And the humor and giant-heartedness of Schitt’s Creek (not to mention Catherine O’Hara’s scrumptious haute-bizarre wardrobe) completely won me over. I also bet many don’t know that I am a die-hard SNL fan. I’ve loved it since I was a kid, and I never ever miss it. I also cry whenever cast members leave and follow a lot of the behind-the-scenes aspects too (this book and this Creating Saturday Night Live series are especially great). It has certainly had its ups and downs over the years, but it feels like family to me, and what they pull of each week both comedy-wise and craftmanship-wise is nothing short of miraculous. I worship at its altar.

– Podcasts: I’m also a hardcore RuPaul fan, and love not only Drag Race, but the What’s the Tee podcast that he and Michelle Visage put out each week. It’s inspiring and irreverent – vitamins and dessert all in one. I’m also addicted to Thirst Aid Kit, which is a hilarious and insightful show about female (albeit usually straight female) desire. Hosts Bim Adewunmi and Nichole Perkins are smart and salty and both excellent writers, and each episode makes me cackle like mad.

– Twitter feeds: @DoththeDoth is the goth therapist you never knew you needed. @EverySheriff is perfection and never fails to brighten my day (my favorite is the Sheriff of Goblin). Comedian @SolomonGeorgio first came to my attention via 2 Dope Queens (RIP), but he’s become a favorite source of giggles and glitter.

But nothing lift my spirits more consistently than the Twitter feed of Kirimi-chan, the salmon-filet-headed person(?) with an accidentally(?) art-house vibe who is so important, so groundbreaking, so tremendously bananas that she merits her own mention. She is Sanrio’s most conceptual character. She is the Lady Gaga, the Yayoi Kusama, the Laurie Anderson of Sanrio. No, I don’t understand a word of what her feed says. I just know that I need more pictures of this dead-fish-lady in a fish-shaped swimming pool wading next to a live fish, and you do too. Do you want to see her holding a wand with her own head on it? Of course you do. And here she is dressed up like a French maid. You’re welcome.

As the nights get cool and spooky, my Waking the Witch playlist is sure to keep you warm with its witchery.