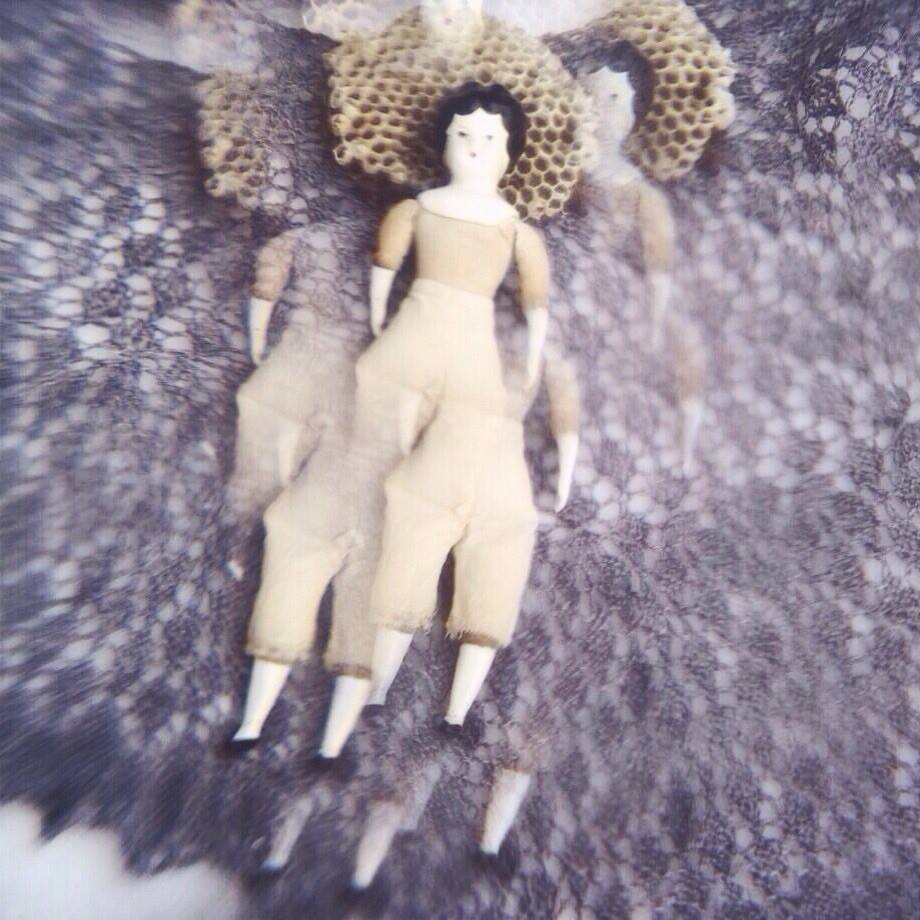 2015 was, I’m afraid, the year of several knitting failures.  At the tail end of 2014 I finished my most ambitious project to date, and for whatever reason, it’s been downhill ever since then.  Fearing I would never be able to surpass that glorious achievement, I should have begun ramping up my skill levels by practicing and mastering new techniques; instead, I slowed down and went back to basics. Back to the beginning. 2015 was the year of a lot of socks and scarves, with the occasional simple shawl or cowl thrown in to keep things interesting. 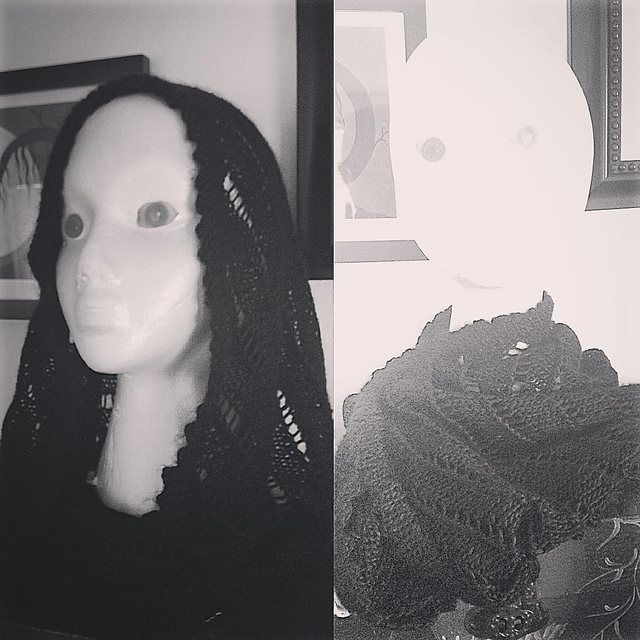 Pattern: Spiral Cowl. Mostly knit in Portland and the picot edging was a pain…but it was so lovely when finished.  Unfortunately this was lost in the mail and never reached it’s intended recipient.  Major sad face. 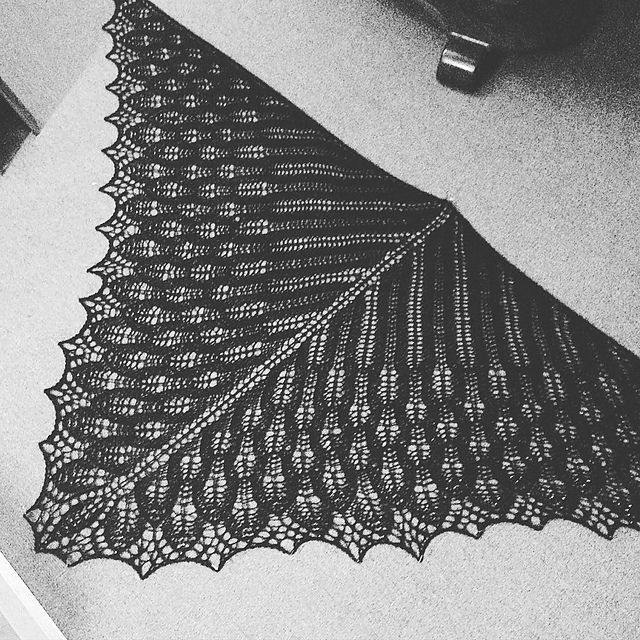 Bitteroot.  This pattern is an old friend, which I return to visit and re-work every few years. Sent to a lady who assures me she wears it as a personal talisman. 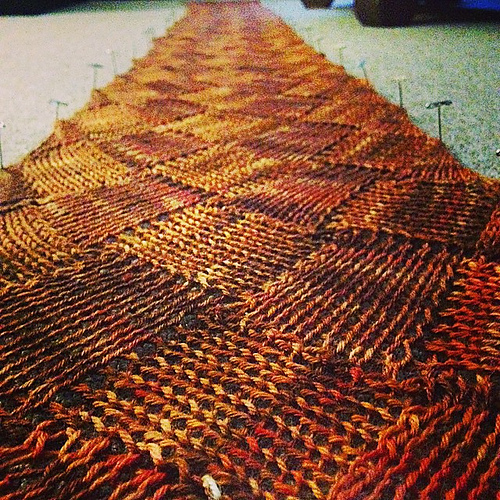 A basic entrelac scarf.  My first foray into entrelac knitting, which, as it turns out, is not so difficult.  Sent to a brilliant lady in the midwest who shares my intense love of perfumes. 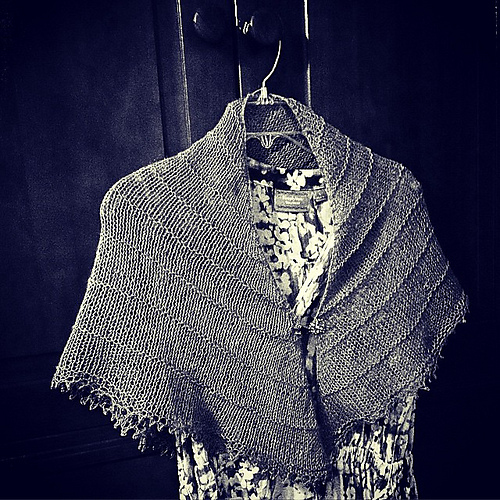 Pattern: Boneyard shawl. Knit up with the remnants of some rustic yarn from Finland. Gifted to a generous, thoughtful woman who is also a cemetery ghost. 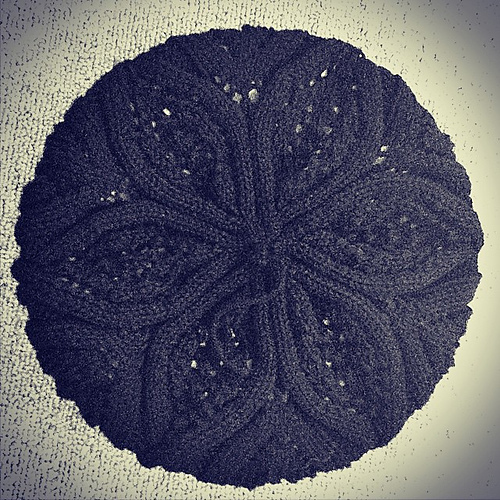 The pattern is Rose Red, but I’ve been calling it Strawberry Gothcake, because it looks like a little beret that Strawberry Shortcake’s gothiest gang member would wear.  Sent away to a witchy friend on the other side of the world. 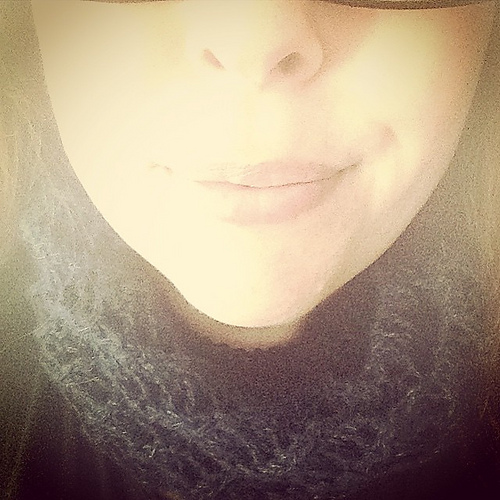 I also forget the name of the pattern for this blurry cowl. (Edit: it’s Ilean)  Send away to the aforementioned perfumed lady. 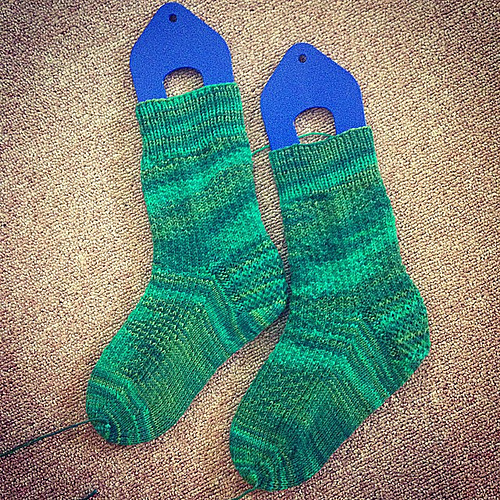 Pattern: Hermione’s Everyday Socks. Sent away to a friend whose lovely hair reminded me of these mermaid colors. 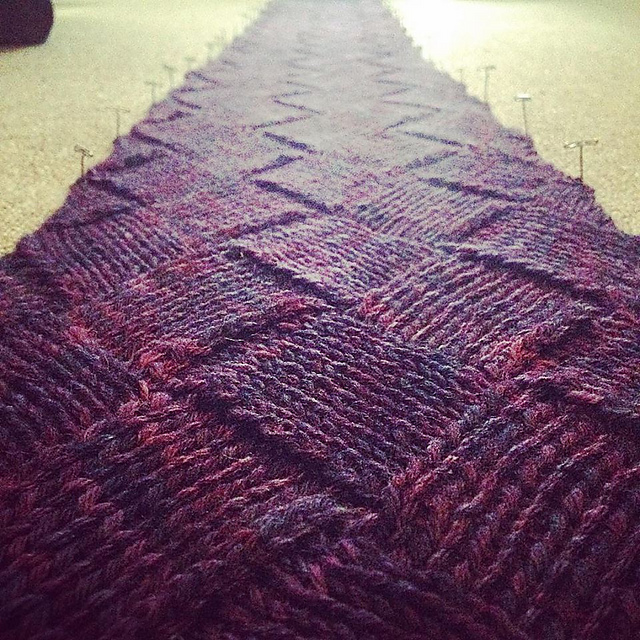 Entrelac scarf, take two. Knitted for BGF, who was so taken with the first version and the plummy violet of the yarn. Froot Loop socks in the most technicolor shade. Given away to an exquisite harpy who is half woman, half hair, all awesome. 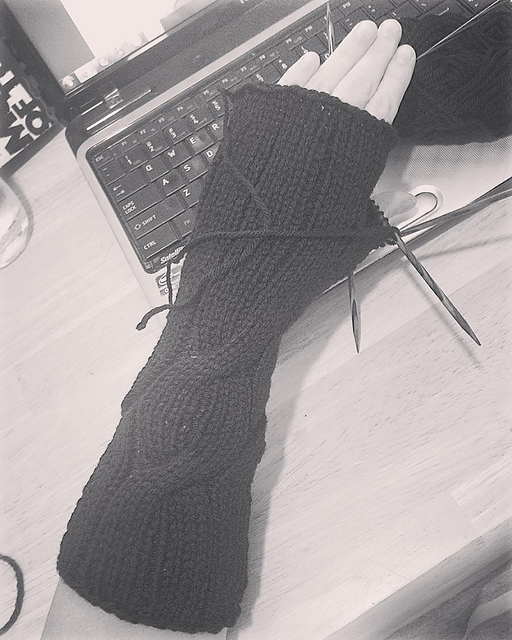 I knit several pairs of these Dashing Mitts this year. One was lost in the black void along with the cowl above, one now keeps a friend up North safe and warm, and I have no idea wear the last pair ended up. Maybe I only knit two. Hm. The Iris wrap, knit for a sweet lady whom I would love to join for tea and cocktails and foggy strolls one day. The Lonely Tree shawl, which is now keeping my favorite deathly librarian warm. 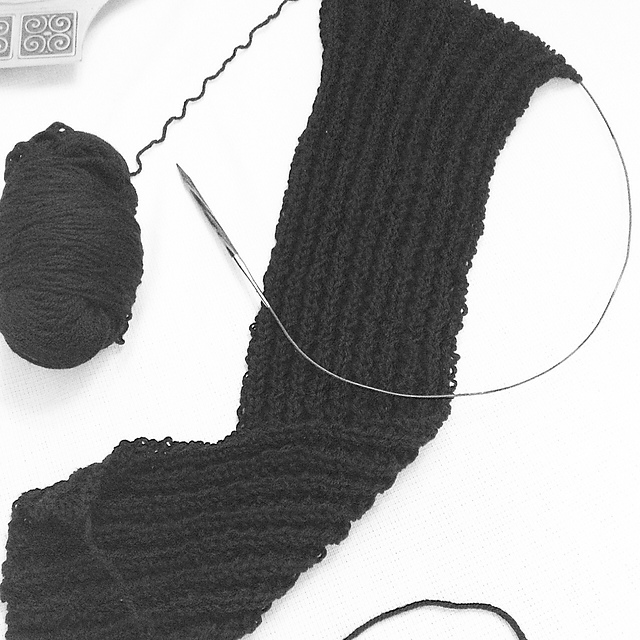 The Steinerscarf, an actual requested knit, and a joy to make. A simple lace wrap, Shine; the first thing I’ve made for myself in a very long time and the last thing I knit in 2015 – with two minutes to spare.