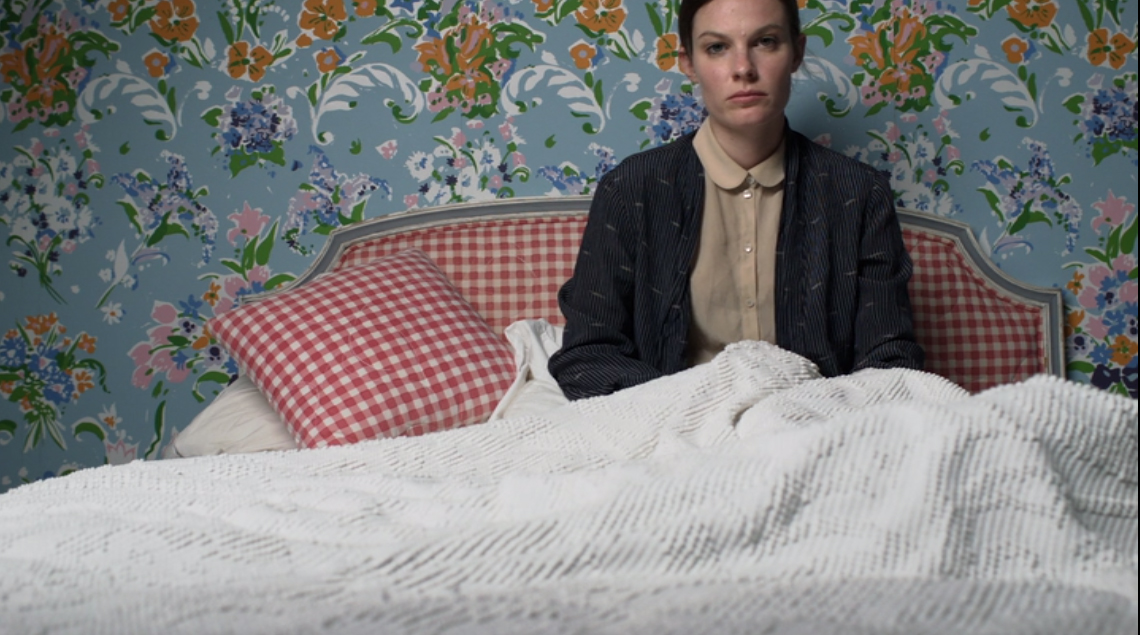 Sometime last year  I became aware of a film which instantaneously piqued my interest…and, as unfortunately happens quite frequently with me, I promptly forgot about it. Later, in trying to recall the title or even what about it I found so compelling, I could only offer, “…well…it was about some sisters…and their dead mom. I think there was a lake.”

Scoff if you like, but I will have you know that was just enough vague information to find the film again. Directed by Sarah Adina Smith, The Midnight Swim is summarized thusly:  “When Dr. Amelia Brooks’ three daughters travel home to settle her affairs after she disappears in Spirit Lake, they find themselves drawn to the mysterious body of water.”

The Midnight Swim is told in found footage, faux-documentary style and takes place mostly at the estranged sister’s mother’s lake house in Iowa. I’ve seen it labeled everything from horror to fantasy to sci-fi, but I wouldn’t classify it as any of these, really. 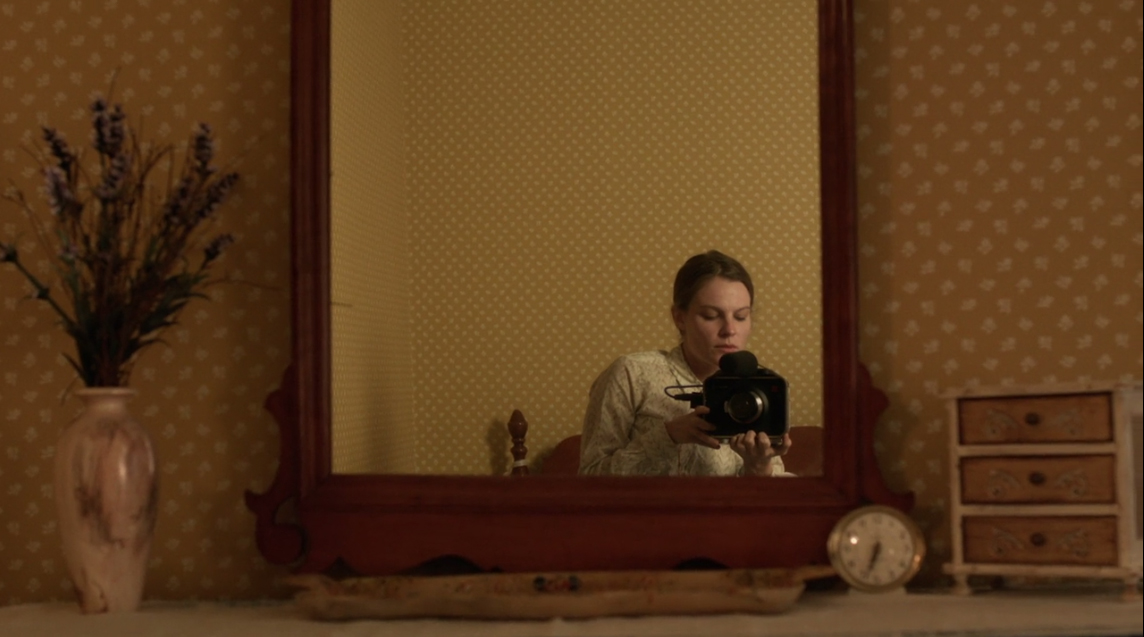 I suppose you could say it is a bit of a character study in the aftermath of a loss. Annie seems to be the oldest and the dependable one, Isa is a bit of a woo woo free-spirit, and June, the youngest, is mostly behind the camera, filming the sister’s homecoming and dealing with their mother’s disappearance (and death, we are to assume) for a documentary–one which I think is mostly in her head. June, as we find out later, is troubled, and suffers from unspecified mental issues.

You could perhaps also say that it is somewhat a mystery, for the mysterious atmosphere is pervasive throughout the film, and an ominous tension begins to build after the sisters, recalling a bit of local folklore, attempt to drunkenly conjure a spirit from the lake–one of the seven sisters who supposedly drowned within many years before, each unsuccessfully trying to save the other. Strange things begin to happen: dead birds turn up inexplicably on the doorstep every morning, time lapse footage of the lake is found on June’s camera with no one admitting to having filmed it, and throughout it all, the shadow of their absent mother looms uneasily and mostly unspoken. 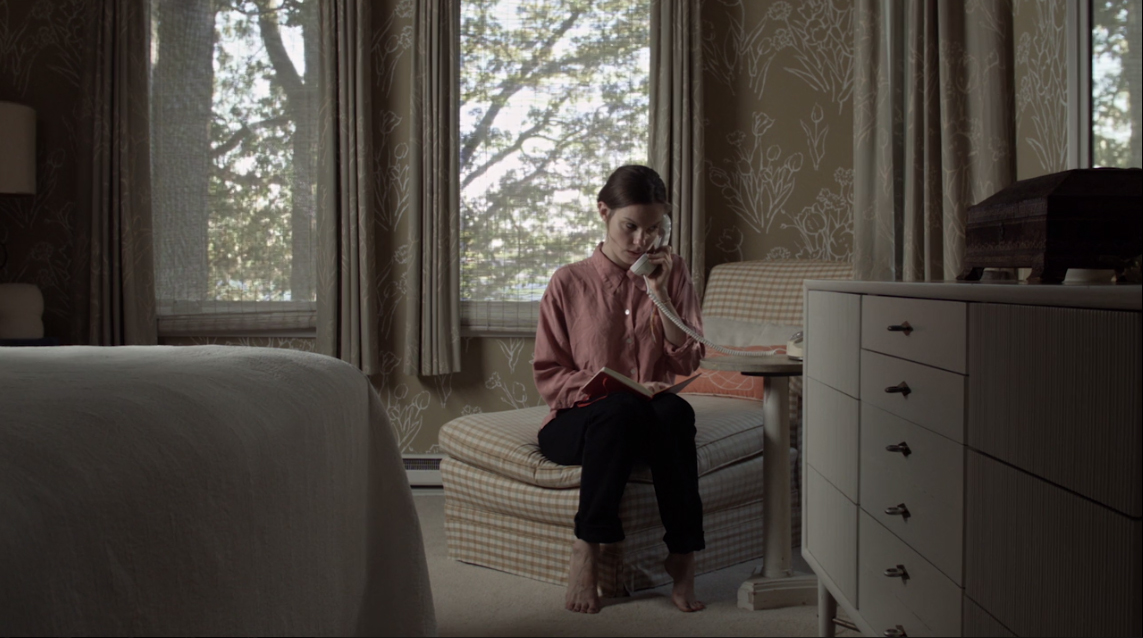 There’s not much in the way of a plot here, nor is there a conventionally satisfying resolution (which is not to say that I did not enjoy it.) What I did enjoy immensely was the sisters’ companionship and camaraderie. They rekindle their connection almost effortlessly, even though it’s obviously been some time since they have all been together, and if you have sisters whom you adore, this is a particular joy to see.  Even the uncomfortable moments, the sullen, weighty silences and the heated arguments–there’s such vulnerability and love there. This, to me, is the most enthralling and captivating aspect of the film.

There is a specific scene wherein the sisters and their neighbour (who seemed an unnecessary addition to the film, in my opinion) are playing in their mother’s clothes; dressing up as her and acting out her eccentricities and idiosyncracies.  Annie takes a “goodnight, children” scenario a bit too far–no doubt fueled by some traumatising memories and re-living that very situation from when she was a child–and the effect on the sisters is heartbreaking and no doubt triggering for many viewers. I have encountered and probably even instigated this moment with my own sisters in the wake of our complicated grief surrounding our own mother’s death, and no doubt we will re-live this scene again, and again, and again. 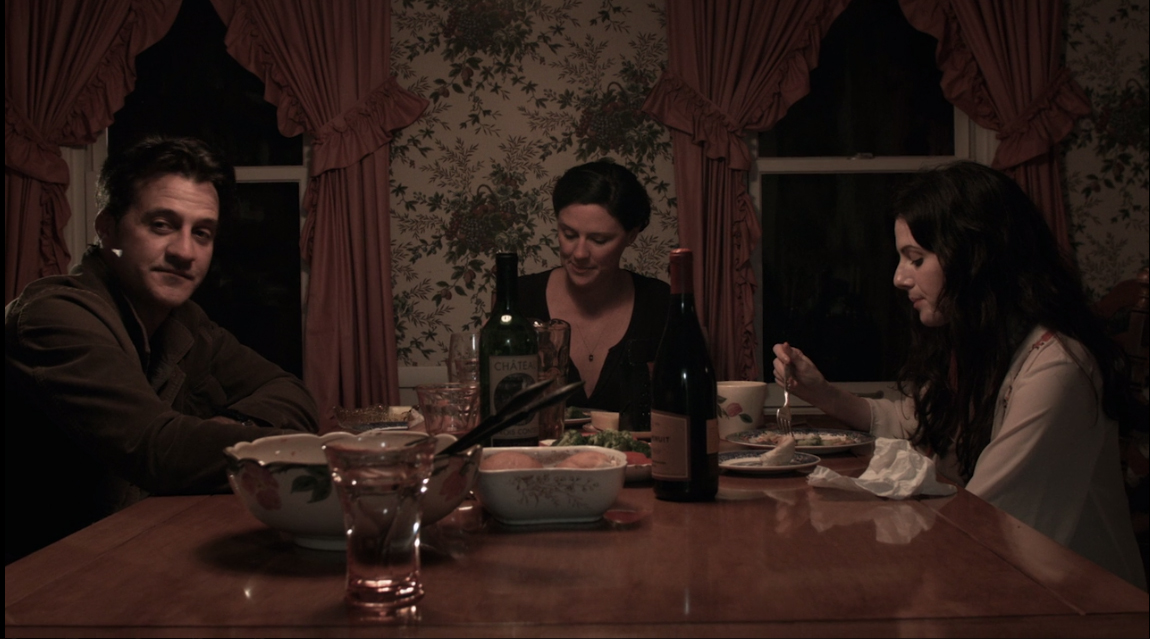 What does any of this have to do with wallpaper patterns? To be honest, I don’t rightly know, but they caught my eye throughout the film and it somehow became entangled in my mind with the idea of absent mothers and complicated grief.  From the opening sequence, with June staring moodily in her childhood bed against that robin’s egg blue paper with the multicolor florals to that more modern feeling beige with white floral silhouettes–I don’t know, I just feel like it’s all there for a reason.

The film is currently streaming on netflix and is also on amazon, so it shouldn’t be difficult to find. 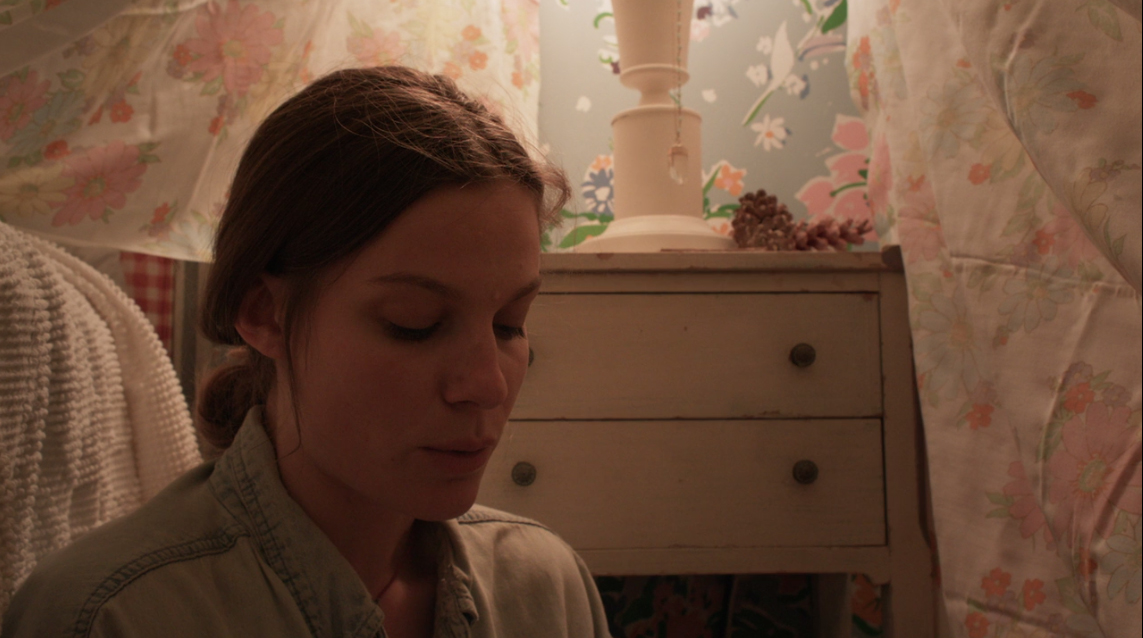 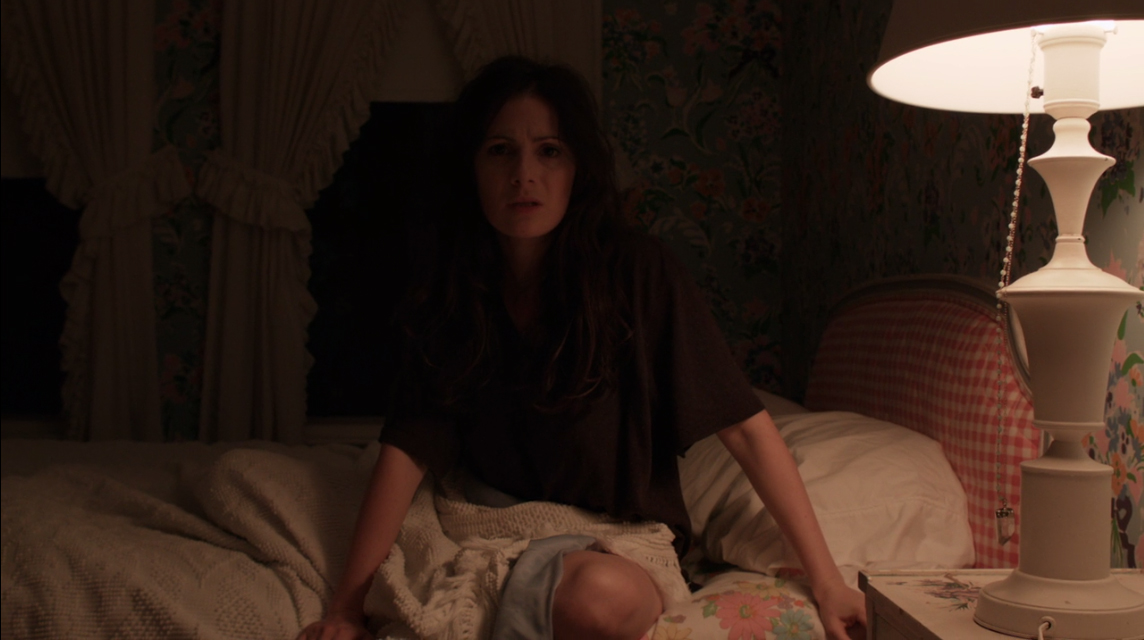 1 Comment on The complicated wallpapers of grief: The Midnight Swim