I am neither a huge fan or coconut, nor ice cream.  Apparently it’s pretty weird not to be a an ice cream fanatic, but such is my lot in life, I suppose.

On a  100°+ day in July, however when the AC is scarcely cooling a small darkened corner of the house, something well-iced and creamy and perhaps eaten standing right in front of the opened freezer door does not sound like such a bad idea.

I picked up a small Krups ice cream maker on a whim a few years back when I had made it a daily habit to read food blogs.  During that point in time quite a few frivolous kitchen gadgets found their way into my cupboards and though some of them might have been rather esoteric and rarely see the light of day, I will staunchly defend herr Krups, as I have gotten some excellent use out of the little fellow.

That first year we had several lemon sorbets and a dark chocolate chip and fresh mint ice cream; the next year even more lemon ices and vanilla custard ice cream and a wonderful dulce de leche ice cream.  I don’t think I used it at all, last year, but this afternoon seemed like a good time to dust it off, survey the ingredients at hand, and give it another whirl.

This is a very loose recipe, the measurements were mostly eye-balled.  This is also dairy-free, but I suppose one could use heavy cream if one were feeling particularly decadent.  I myself was feeling frugal, and almond milk was what I had on hand.

Heat the almond milk and sugar in a saucepan until sugar is melted.  Cool.  In a blender, whiz together coconut milk, lime juice, almond milk-sugar mixture, most of lime zest (reserve some for garnish) and cardamon.

Once blended, cover and place in a refrigerator for an hour or so, until thoroughly chilled.  Freeze mixture in an ice cream maker according to manufacturer’s instructions. Serve softly frozen, or transfer ice cream to an airtight container and freeze until firm, at least 6 hours or up to 1 week.

I don’t find this to be very coconut-y, which is just as well for my tastes, but certainly shredded coconut or coconut powder could be added for more coconut flavor.  Were I to make this again, I would definitely add more cardamom and maybe steep a piece of fresh ginger in the sugar mixture but discard it before blending. 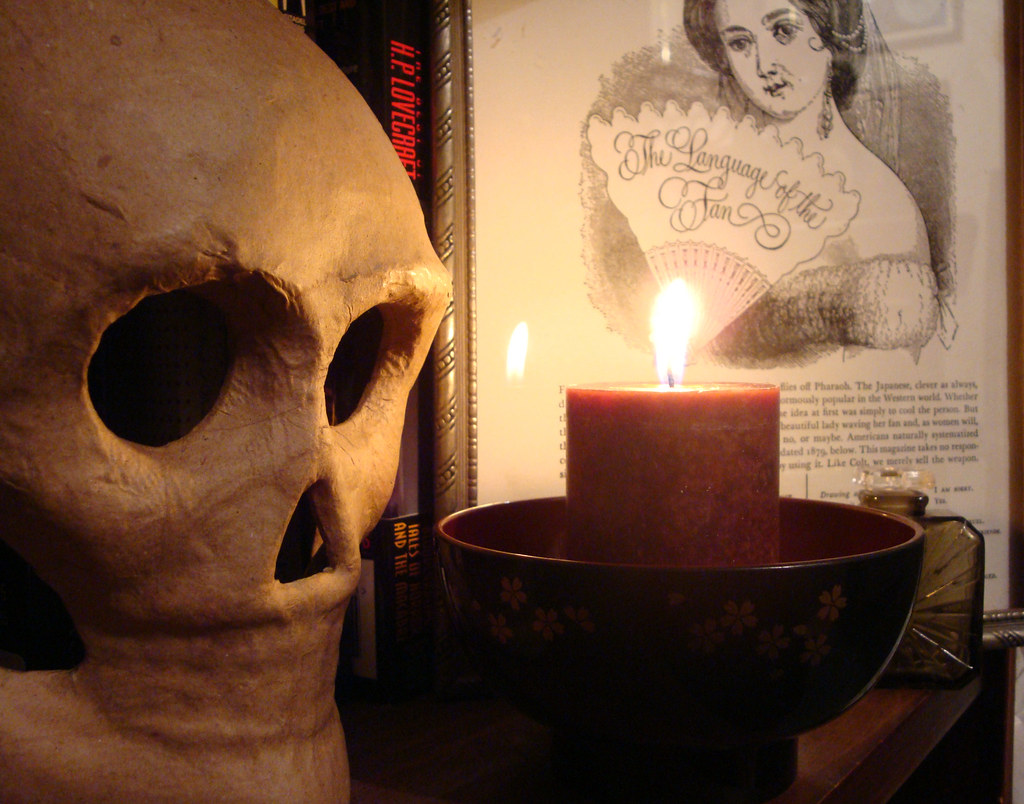 A gift of an esoteric, secret lady language from Miss Lau… Did you know that twirling your fan in the left hand indicates “I wish to be rid of you”?  No? Well, this is useful information to have on hand! Thanks for the package, Miss Lau…I love everything!