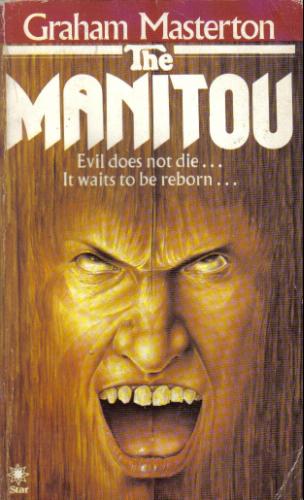 Perhaps a month or so ago whilst puttering around on the internet late at night, a memory, unbidden, came to mind. A book I had read when I was younger.  Though I could not recall much of the plot (except that it was a riveting combination of almost-unacceptably-unbelievable and strangely compelling),  or the story details, or even the names of the characters – the cover, and the title were for some reason burned indelibly into my brain.

On a whim, I thought I might poke around to see if what, if anything, other readers had to say about The Manitou, and it was then that I stumbled onto Will Errickson’s Too Much Horror Fiction blog.  Will’s sharp, smart, and endlessly amusing synopsis of the story and review of the book compelled me to dig deeper into his site, and in doing so I came across many strange, moldering titles that I had not thought of or seen in years…some I barely remembered and some which were so bizarre that I actually thought I  had dreamed them up. Before I knew it several hours had passed and it was 2:00 AM in the morning; I was exhausted but full of a sort of demented exultation –   I think it is safe to say that I have never in my life been excited to stumble across a corner of the internet as I was when I discovered Will’s blog, which is dedicated to “reviewing and collecting horror literature and celebrating its resplendent paperback cover art”.

Will graciously agreed to do a bit of a Q&A with us over at After Dark in the Playing Fields; read on for, among other things, his thoughts on terror in the formative years, his picks for a compellingly horrifying read and a top ten list of his favourite deranged horror fiction book covers! 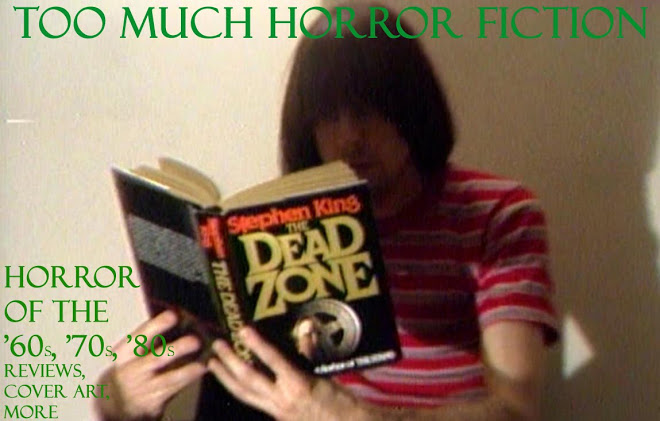 Mlleghoul: To quote you, paraphrasing Poe and Lovecraft: “Horror… is that singular frisson of terror itself”. Can you hearken back to the time when you first experienced that dread feeling and share with us the details surrounding that, and the myriad ways it has manifested in your life up to this point?

Will Errickson: I’ve tried before to nail down early moments of fear and horror from when I was a kid, and I just can’t. All I can really say is that growing up in the 1970s and early ‘80s there was no lack of spooky stuff on TV that you couldn’t avoid, whether it was IN SEARCH OF… or a commercial for movies like SILENT SCREAM, THE PROPHECY, THE SHINING and ALIEN. I remember finding a horror movie magazine that a teenage relative had that completely freaked me out; I couldn’t even look at the cover. Christopher Lee’s Dracula was pretty impressively scary at that age. Of course JAWS was inescapable, but once I actually *saw* the movie when I was 8 or 9 I became obsessed with it. Can’t quite remember how I began reading horror, because those trashy old paperbacks with skulls on the covers unsettled me. Think I just picked up one of my mom’s Stephen King novels when I was about 13 or so. So ever since I was a kid I’ve been into horror as well as the people who create it. 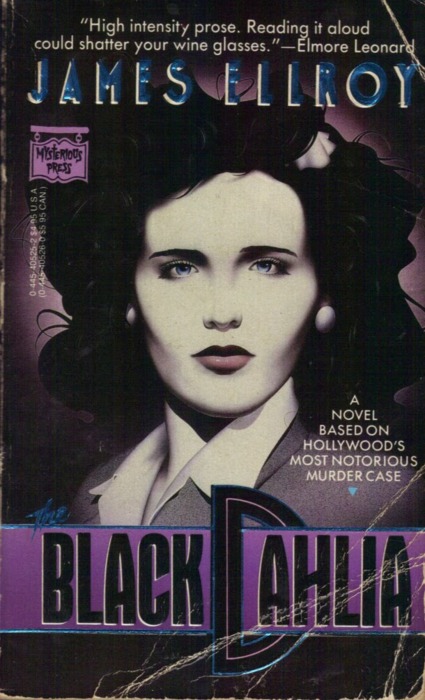 Back to the above referenced paraphrasing – what are some of your favourite books or stories that evoke such a feeling for you?  I believe I culled the quote from your post on The Black Dahlia by James Ellroy, so I imagine that might be one of them?

Several of Ellroy’s novels have been disturbing, not just BLACK DAHLIA but also L.A. CONFIDENTIAL–the parts that *didn’t* make it into the movie version. Books such as DRACULA and THE AMITYVILLE HORROR were perhaps the first scary things I read; later Lovecraft’s “The Dunwich Horror” and various stories/novels by King (especially “The Mist”) and Peter Straub. SONG OF KALI by Dan Simmons, THE CIPHER by Kathe Koja, FINISHING TOUCHES by Thomas Tessier, THE SEARCH FOR JOSEPH TULLY by William Hallahan. I read tons and tons of short stories in different anthologies as a teen and in my early ’20s; some of my favorites from that era are “Night They Missed the Horror Show” by Joe Lansdale; “His Mouth Will Taste of Wormwood” and “Calcutta, Lord of Nerves” by Poppy Z. Brite; “Dread” by Clive Barker; “Old Man and the Dead” by Mort Castle; “Sticks” by Karl Edward Wagner; “Orange is for Anguish, Blue for Insanity” by David Morrell; “The Answer Tree” by Steven Boyett; various Shirley Jackson and Thomas Ligotti tales. It’s difficult to pin some down. Rereading them now is cool because many hold up and are still effective. I’m slowly making my way through the two-volume Library of America’s AMERICAN FANTASTIC TALES… Short stories really show the horror genre in its best light. There are great novels, of course, but short stories… yeah. I’m sure I’m forgetting some right now. 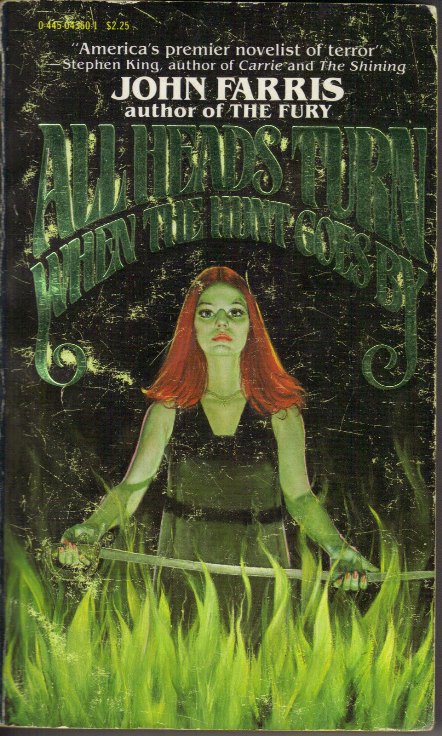 In this vein, what is your general criteria for a satisfying read?  Can you give some examples of the books which might fit this criteria?  And this may be a silly question, but how much does the cover art play into this for you?

Pacing is probably the single most important aspect. Atmosphere is great too. I don’t need great writing but it does have to be good. A lot of ’70s horror novels, and even going back further, had a real professionalism about them; you knew you were in the hands of masters. But by the ’80s more horror glutted the shelves so many, many books were very poorly written and edited and conceived. You can forgive a lot if the author is sure of himself, which is the case with Graham Masterton’s THE MANITOU. It was rather ridiculous but his conviction carried it. THE AUCTIONEER by Joan Samson is a wonderful example of strong writing and story, as are Michael McDowell’s works. You can’t ever go wrong with Shirley Jackson. I loved THE HOUSE NEXT DOOR by Anne Rivers Siddons. Fritz Leiber’s OUR LADY OF DARKNESS was excellent as well. ALL HEADS TURN AS THE HUNT GOES BY by John Farris. THE RATS by James Herbert. As for supernatural violence and the like, I like a quiet chiller as much as a gory thriller. Joe Lansdale’s THE NIGHTRUNNERS blew me away back in the day but I haven’t read it since. As for cover art, it doesn’t play into my interest in reading a book; I’ve gotten past that these days and if the books has a truly terrible cover, I try to imagine I’m reading it in manuscript form! So yes, I guess cover art can color your imagination as you read. 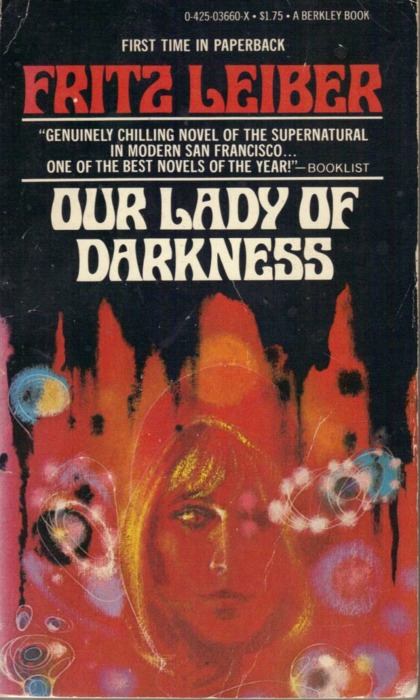 1980s horror to me is big and badass, influenced by more graphic horror movies. Huge set pieces of bizarre horror carnage, lots of characters, a go-for-broke attitude. Another cool ’80s novel is THE SCREAM by Skipp and Spector: big, bold, vivid, outrageous, energetic. A bit dated in a fun way. Let’s see… for the ’60s I’d say ROSEMARY’S BABY by Ira Levin: ironic, cool, blackly comic, lightly satirizing modern mores. The ’70s quintessential horror would probably be ’SALEM’S LOT, but I think an argument could be made for HARVEST HOME or THE OTHER by Thomas Tryon. Quieter and more reserved than King, but still creepy; a mainstream bestseller kind of vibe before the paperback horror boom of the ’80s fractioned off the audience. For the ’90s, that’s tougher, because I stopped reading contemporary horror in about 1993 or ’94. Kathe Koja’s THE CIPHER turned horror around by taking the focus off “regular folks” as it’d been in the ’80s and made it about artists, slackers, young people on the fringes of society. What can I say, I identified! 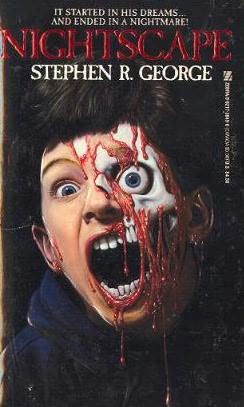 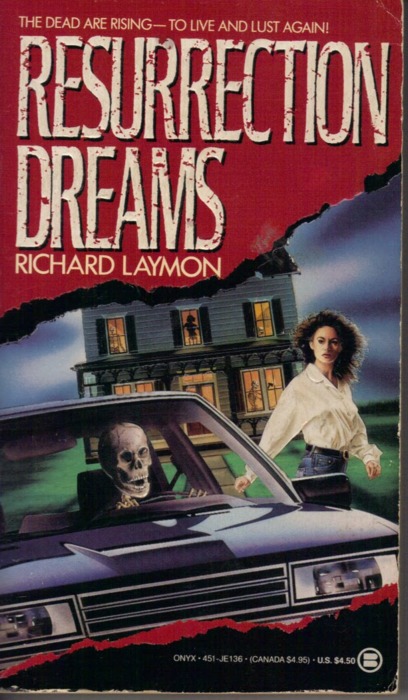 For as long as you’ve been running your blog, what would you say are the top 10 most ridiculous/absurd/batshit insane horror novel covers you’ve featured?

SEE NO EVIL by Patricia Wllace

DEAD TO THE WORLD by J.N. Williamson

LURKING FEAR & OTHERS by Lovecraft

But there are still many, many more out there! I will always be on the lookout to feature them on my blog… 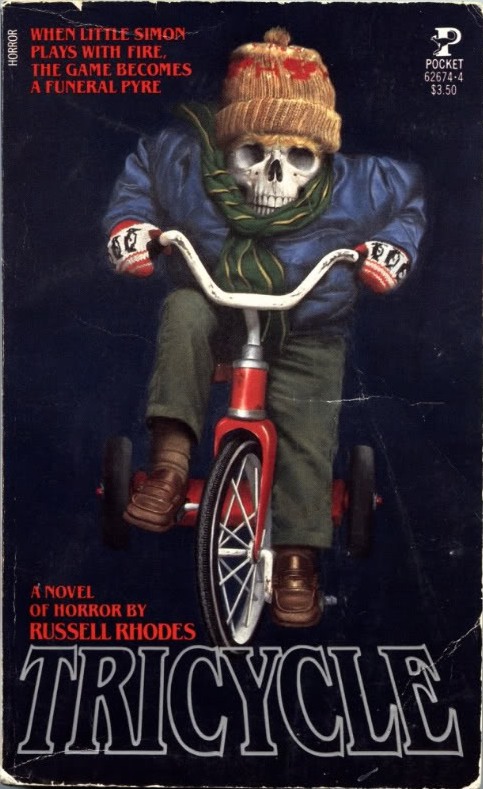 What is your opinion of “pulp” and what purpose it serves–what can we learn from it about our culture that isn’t a part of canonical literature? “Pulp” novels are considered low-end and sort of disdained, but obviously they are popular to read.  What about the lurid themes found in them resonates with the reader?

When it comes to the worth of any kind of pulp or genre fiction and its status, I like to turn it around and posit that lots of literature, the high-end, culturally-sanctioned stuff, isn’t nearly as profound or insightful as some people like to think it is. There is just as much cliche, lack of imagination, and poor–as in pretentious–writing in that kind of fiction as in pulp or genre fiction. Writers who began in the pulp fields are now considered major American authors, crime writers like Raymond Chandler as well as a horror writer like H.P. Lovecraft. Horror fiction deals with the same themes as any other kind of fiction: families, history, love, sex, death, violence, grief, guilt, etc. Sure, a horror novel might accentuate the less savory aspects of these themes, but I’d say a classic writer like Dostoevsky, for instance, is also exploiting them as well. I *think* that literary critics these days are little more amenable to that idea, anyway. 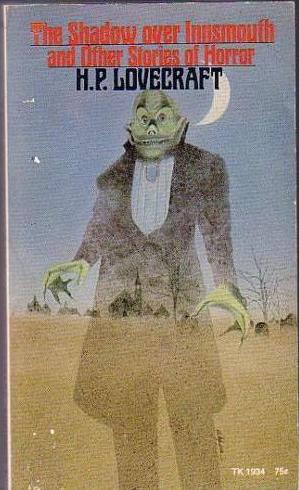 Finally – The Nursery, by David Lippincott (a cult favourite here at After Dark in the Playing Fields) – any opinions?*

I’m unfamiliar with that title but the cover art is awesome! Added to my to-be-read list. 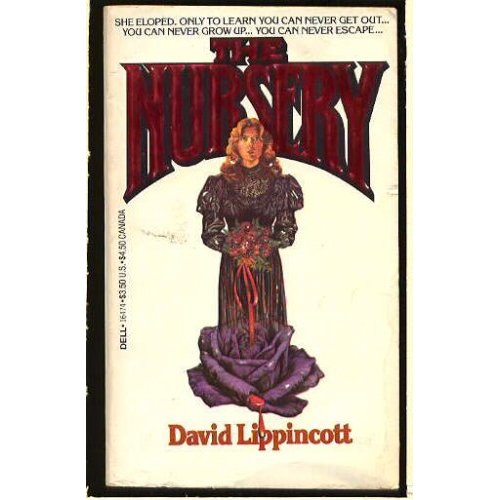 A heartfelt thanks to Will Errickson for taking the time to answer our questions and share his thoughts!