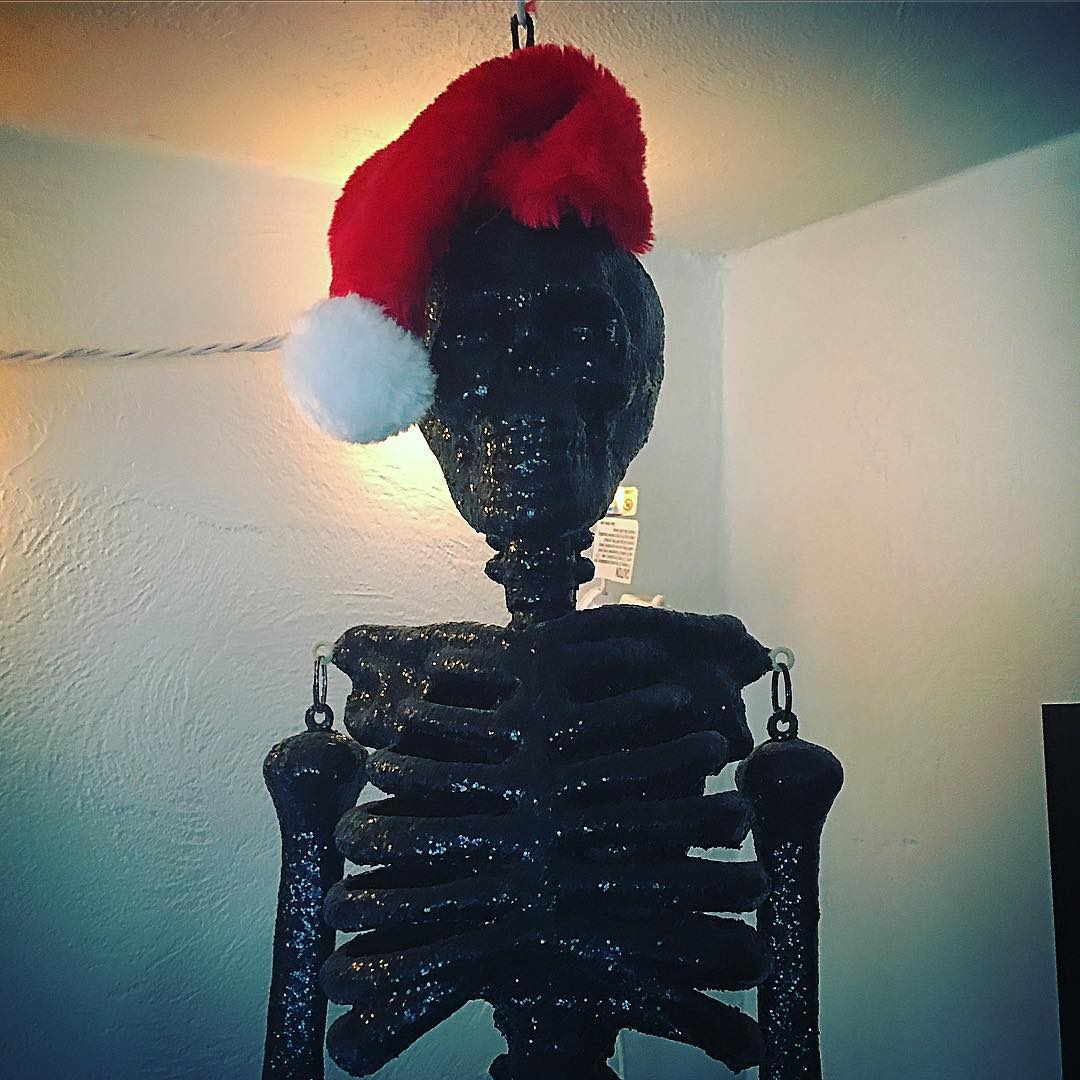 Somehow the last month, give or take a few days, feels several decades long. I suspect that has much to do with the upheaval of the holidays; we hosted my beau’s family for Christmas this year, so I believe there were at least two weeks alone which were lost to the commotion of getting our slovenly butts in gear to make the place look presentable and figure out how to cook a dang prime rib. (If you’re curious, we served prime rib with roasted asparagus, garlic-parmesan mashed potatoes, and creamed spinach, and if I don’t have to do that again for another year, that will be fine with me.)

Also, I have never had a holiday thing/event/whatever in my own home, so I was freaking out. Quite honestly, I had volunteered responsibility for the holiday dinners because I was tired of feeling awkward and out of place/in the way at someone else’s house. If I’m going to feel uncomfortable, I’d rather it be in the comfort of my own home, you know? 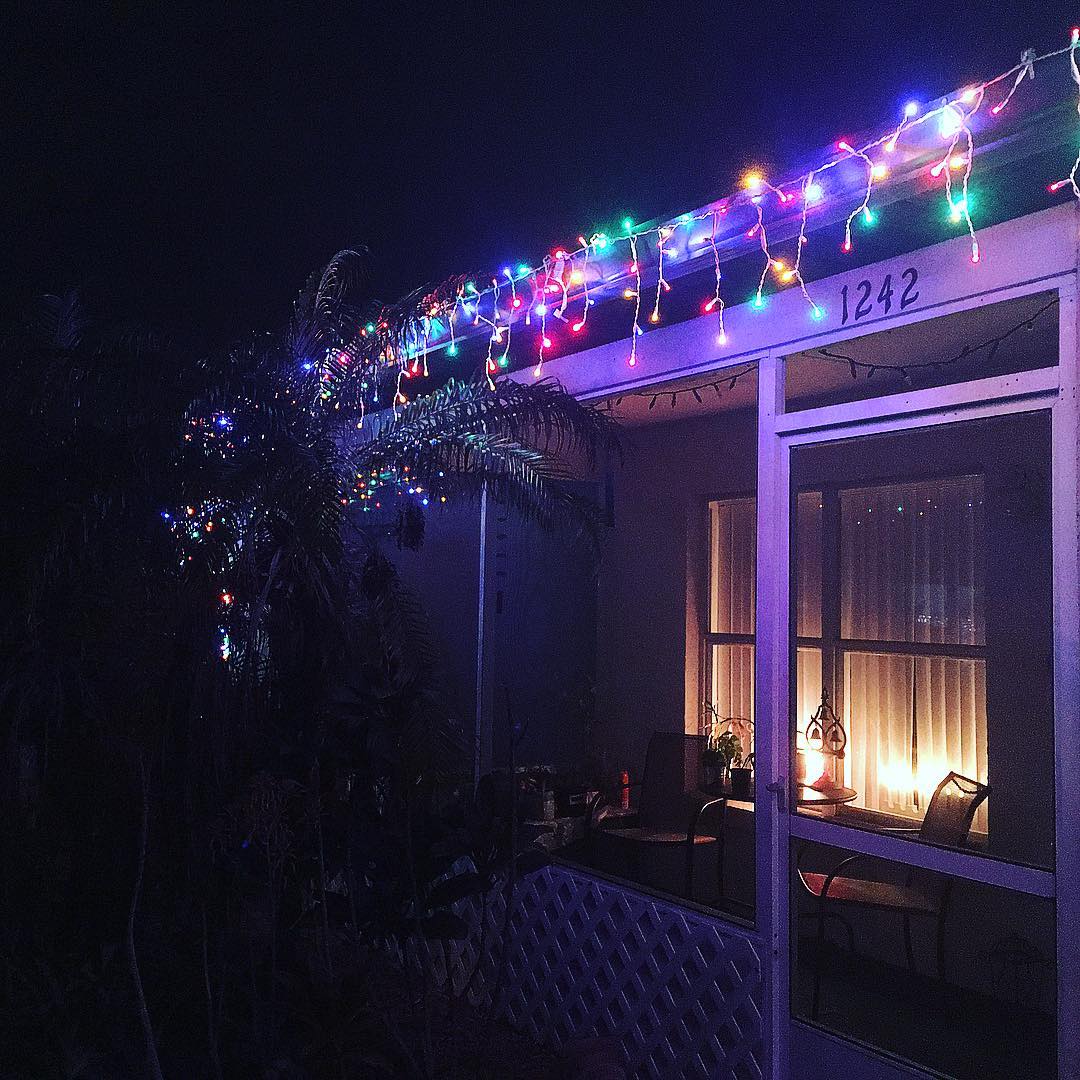 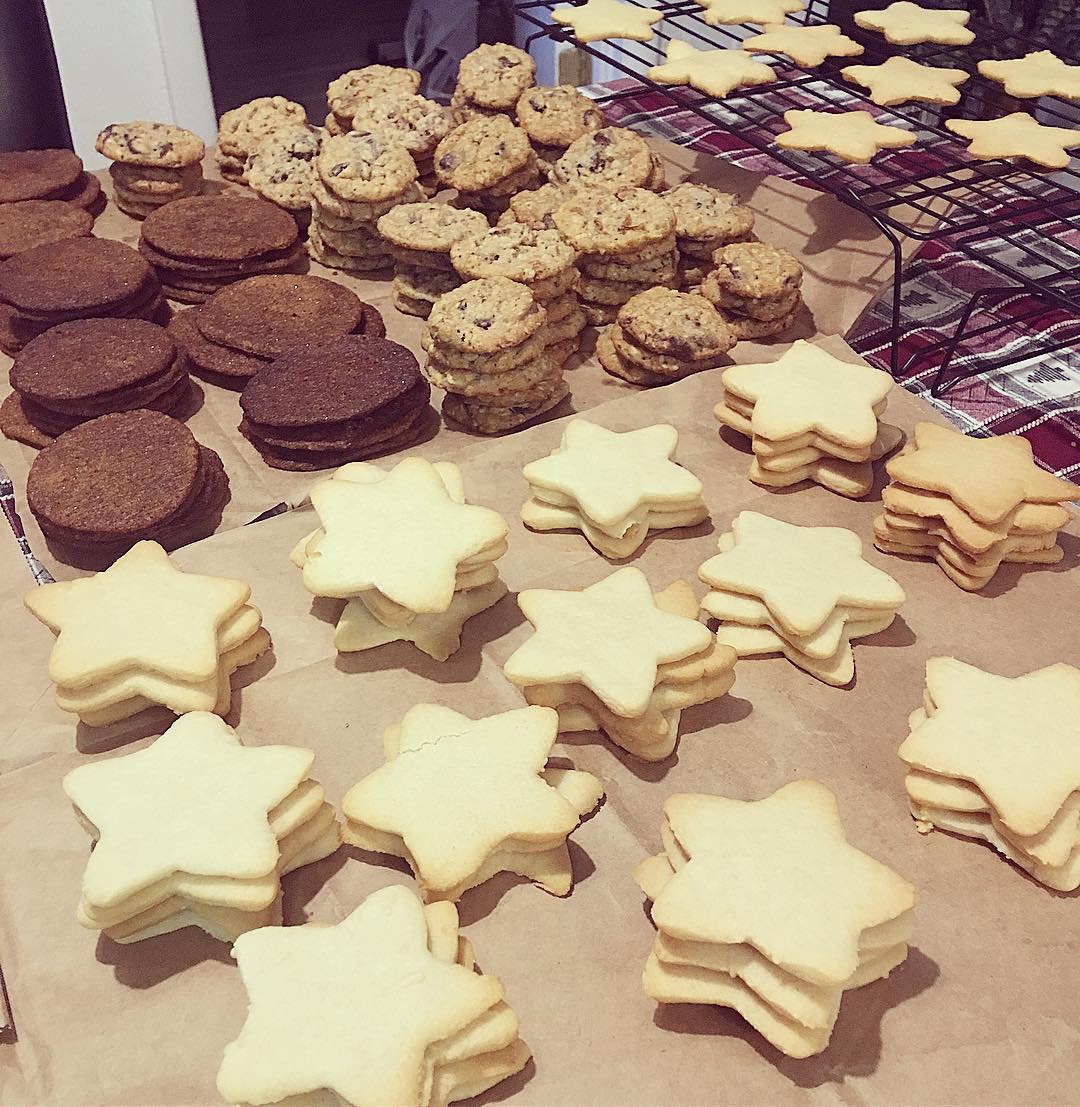 Houses were lit, skeletons and bats were fitted with Santa hats, and a thousand star cookies were born, only to die bravely in several gulps. I can say beyond the shadow of a doubt that I made the world’s most amazing gingersnap cookies and that may never happen again because I don’t remember which recipe I used. At Jack’s suggestion, though, I under-baked them, which did away with the menace of the tooth-breaking “snap” and produced a cookie that was intensely chewy and full of delectable spices. I suspect under-baking any gingersnap recipe will yield a far superior result. 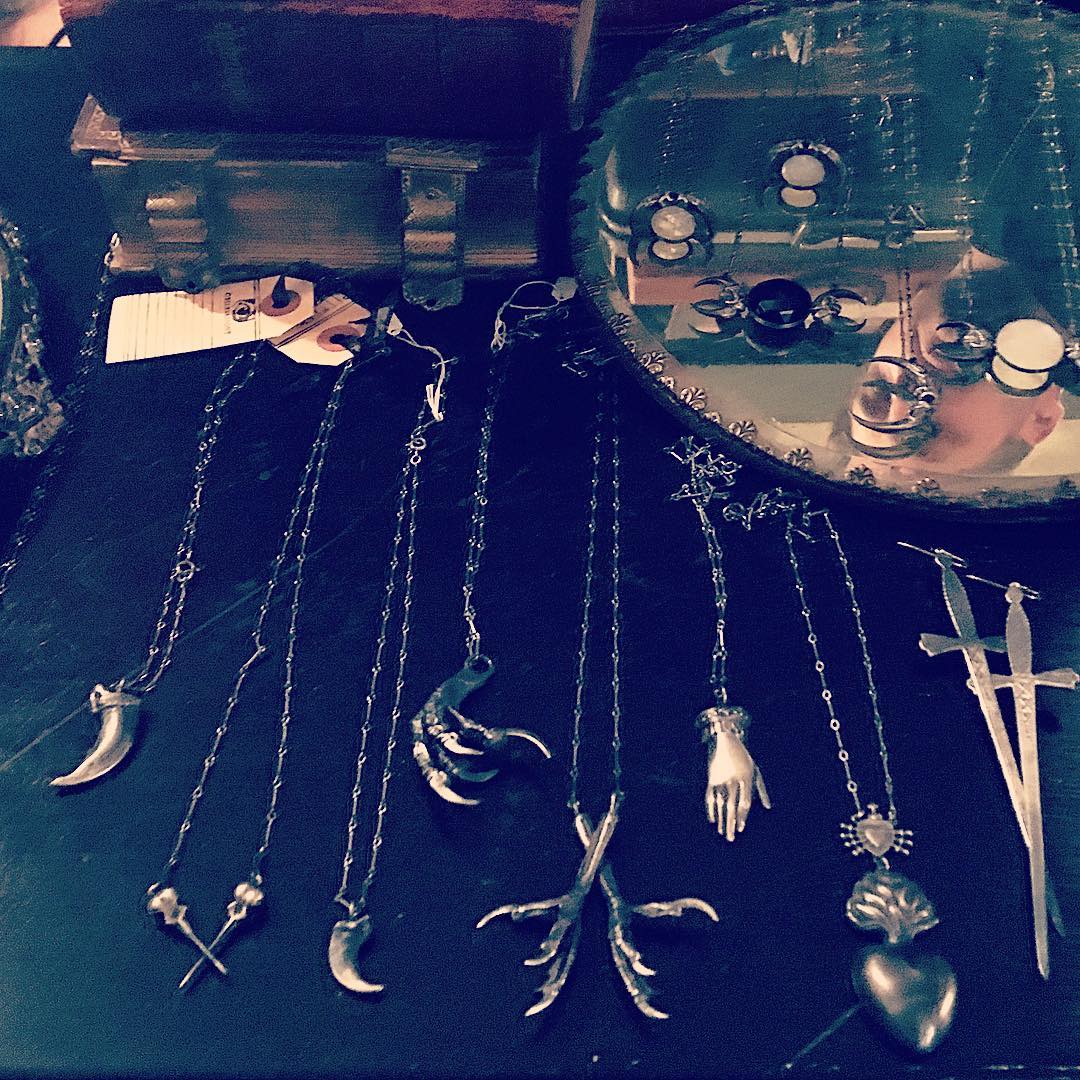 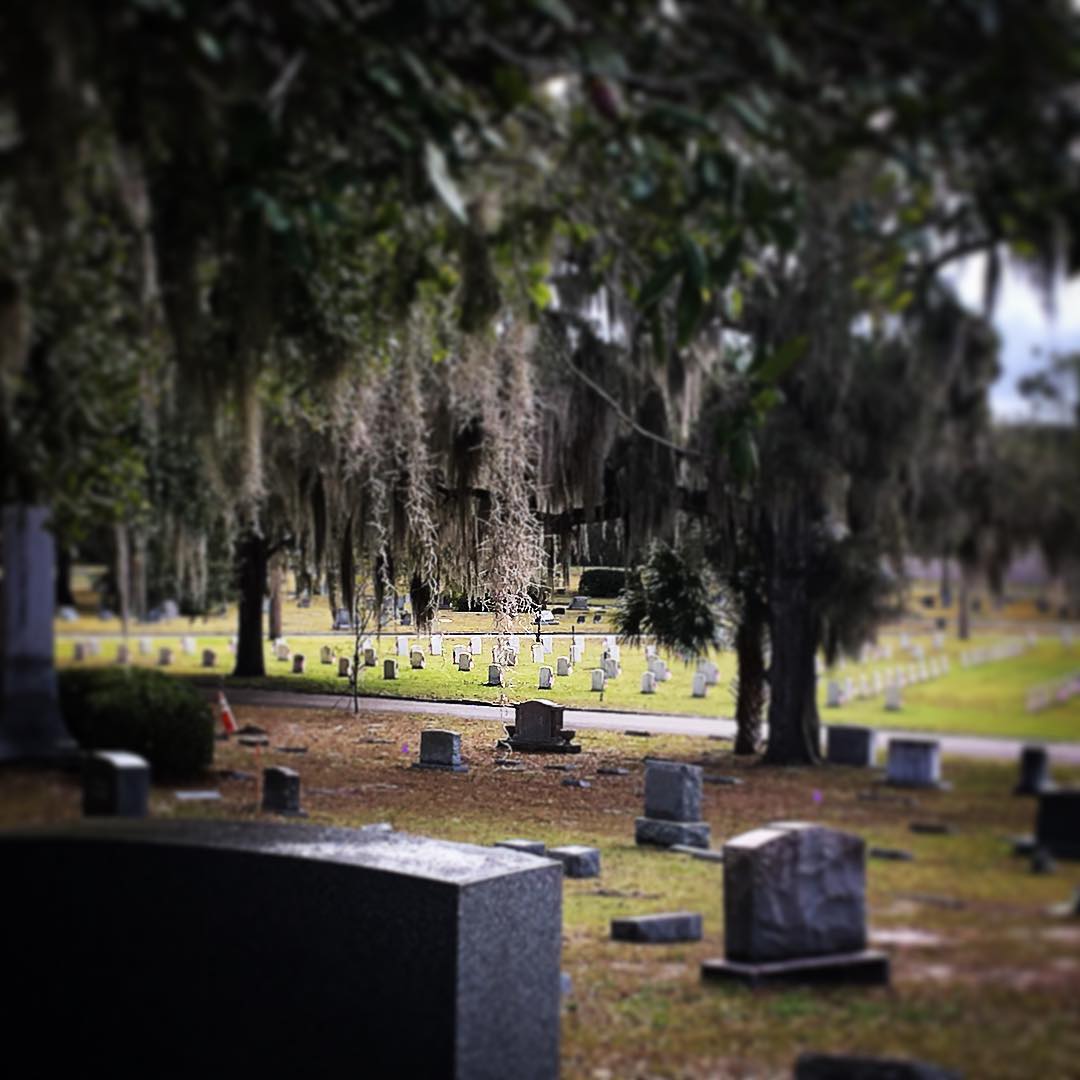 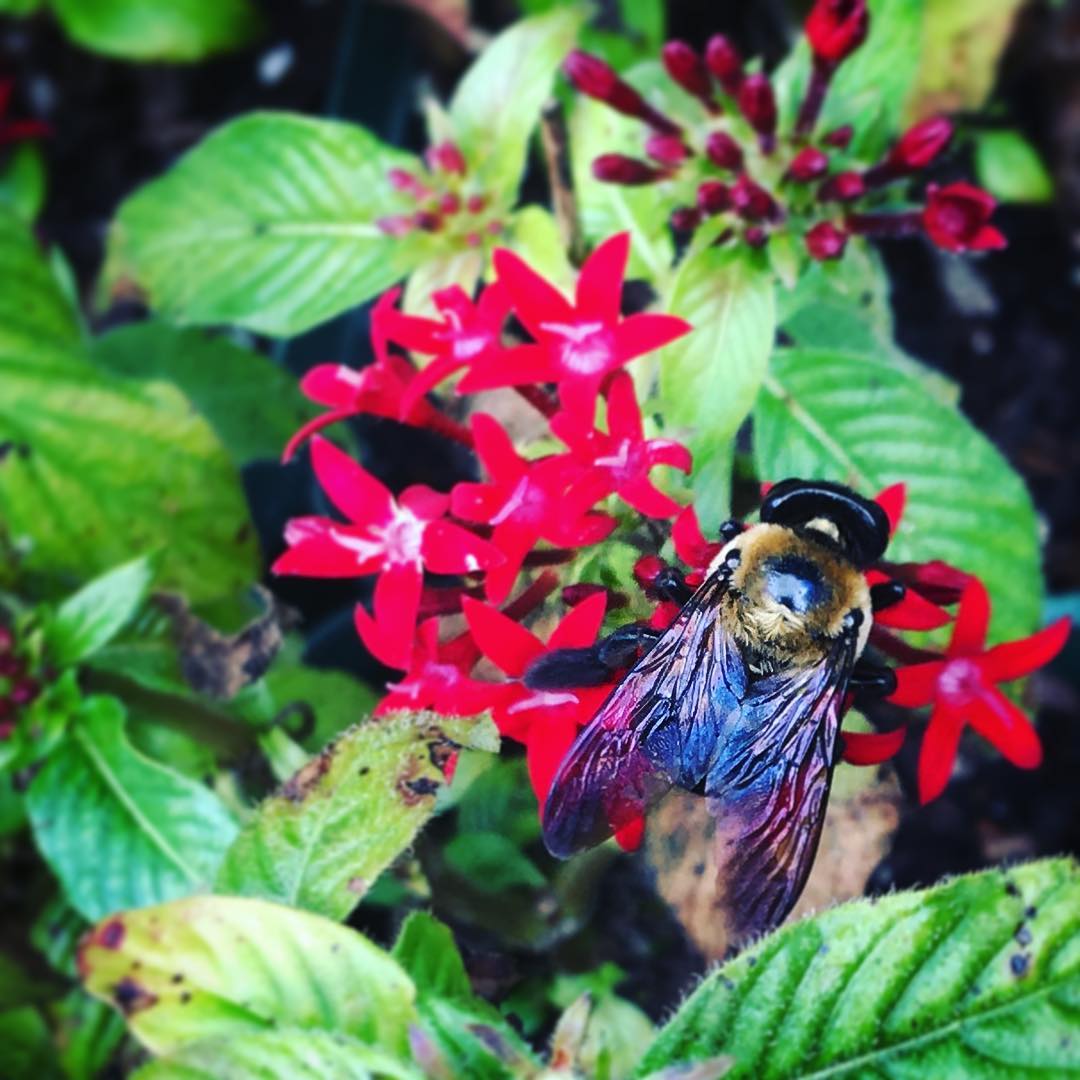 This past weekend was a bit of a whirlwind.  On Friday night I ventured into Orlando for dinner at Dandelion Cafe with some like-minded lady friends (whom I both met through Death Cafe!) and a jaunt to Etoile Boutique in the Milk District for the bloodmilk trunk show. It was so nice to meet the incredibly lovely Jess, whom I’ve known online for years now, as well as her whirling dervish, effervescent right-hand gal, Jen. And of course it was pretty spectacular to see glittering stacks of bloodmilk talismans and amulets on display. I may have purchased a thing. Okay…maybe two!

The next day I tagged along with my brother-in-law on some errands, during which we took a quick drive through Greenwood Cemetery which is utterly gorgeous, and which I had somehow never visited. Afterward we visited South Seminole Farm and Nursery and I poked along, haunting the herb shelves and spying on all the blooms and blossoms, while he checked out the boring stuff, like native ground cover. 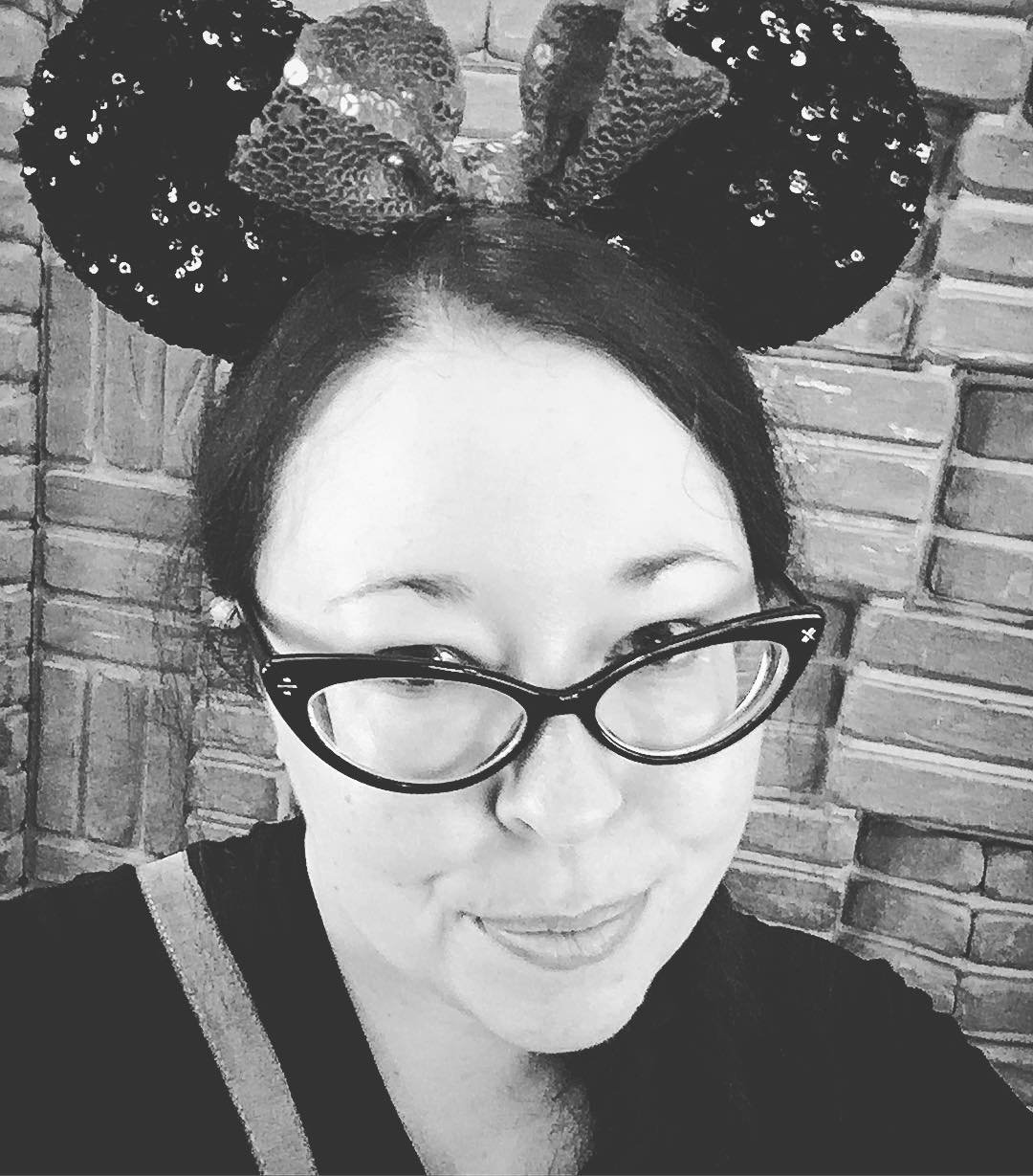 On Sunday we went to Disney World. Though I am a FL resident now and have been for the better part of 30 years, I can count on one finger the times I have been to this theme park. When I was much younger, I was obsessed with it, and of course, with the various Disney princesses, but as I grew older I came to really resent it. Full disclosure: that was because I was a scumbag who was dating an even more horrible person who was married (with kids) and I grew to detest anything that smacked of Disney or children’s fantasy.

It took me several years to get over that. I’m still not super rah-rah jazzed about all things Disney, but I genuinely did have a wonderful time staying at the Polynesian resort, drinking all of the tiki drinks, watching spectacular night time fireworks across the water, and spending the next day eating too much sugar and going on all the rides with my Viking. I guess it all depends on who you spend your time with, right? And I have been spending time with this particularly excellent human for five years now (as of this Friday the 13th!) and that’s sort of what this trip was all about. I even got the sequined Minnie ears to commemorate the occasion! Although he’ll tell you it’s because he wanted to see robot-Obama speak before the Hall of Presidents is closed down for the next six months, but I know what’s what. 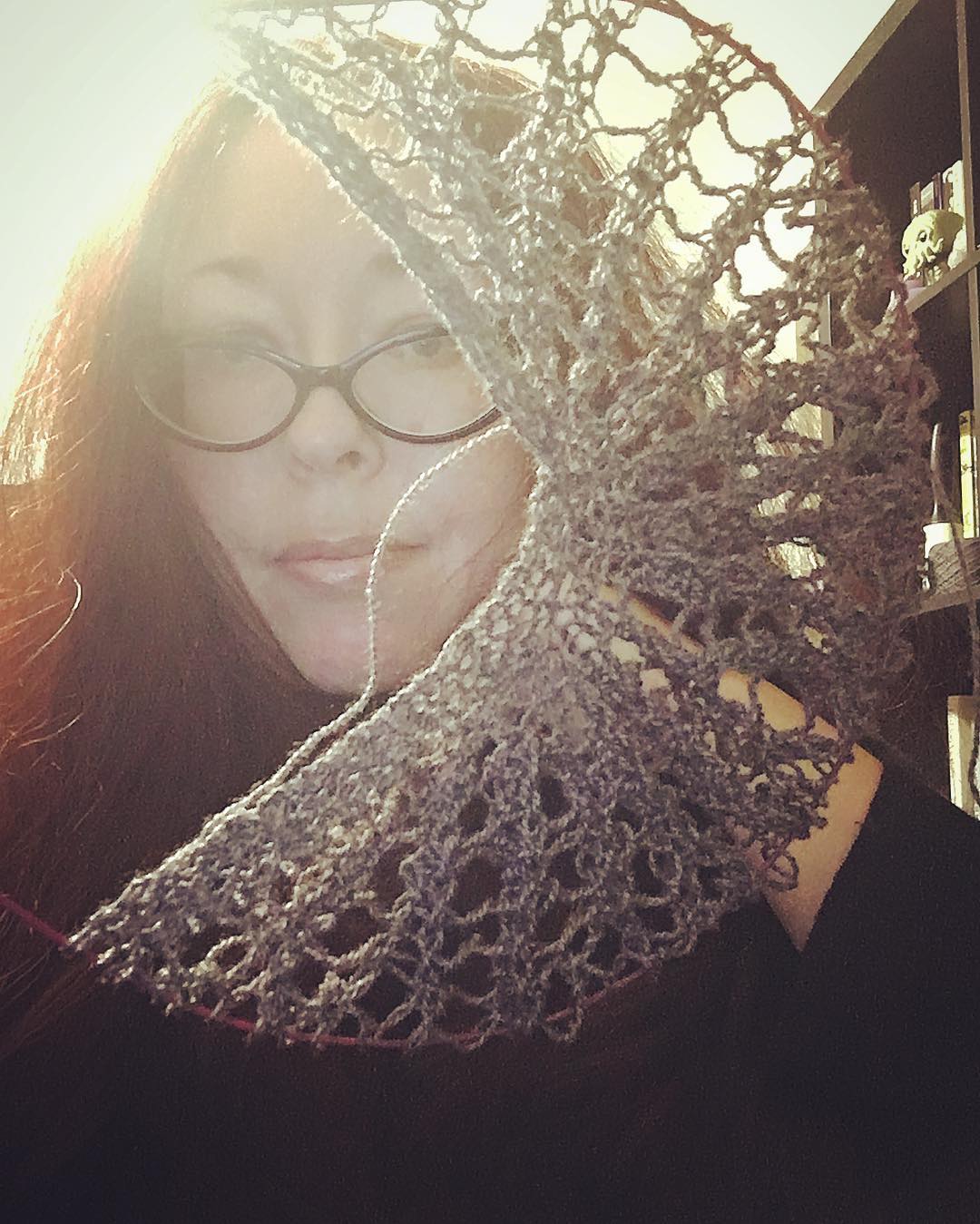 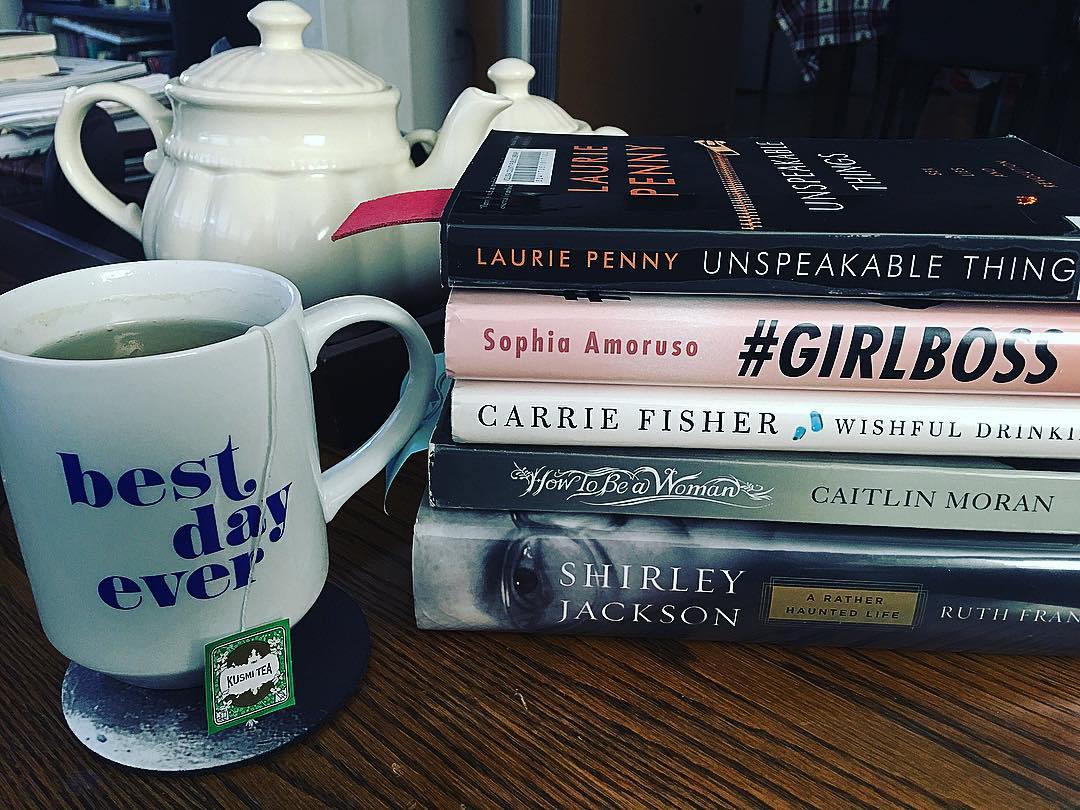 Currently knitting: the German doily inspired Blue Dahlia shawl. I’ve been coasting on socks and mitts for the past six months, so I thought I would start of the year with something a little more challenging and infinitely more fiddly. So far so good!

Currently reading: all of the library books! There’s this problem with borrowing library books, though. You can’t really read them at your leisure, so you either race through them, trying to finish them before the due date that you’ve already extended two or three times already, or you just let them pile up because you get involved in other things and then you must return them unfinished.  There’s always one or two from my stacks that remains sadly unread and most likely not revisited.

I just finished The Magicians, which despite wanting to punch the main character in the face, I totally adored. There’s something about the magic of ordinary folks being transplanted into unfamiliar worlds that makes for some of my favorite storytelling. Unspeakable Things, though intensely edifying, is a bit of a slog, so I’ve been breaking it up with the equally feminist How To Be A Woman (which, while hilarious, it’s the sort of humor that might grate on one’s nerves after a while.) I also checked out every Carrie Fisher book that my local branch had to offer but so far I have only finished Wishful Drinking, which was a quick and wonderfully witty read. Note to self: still need to see her stand up version of this. And of course, some one word film reviews. I am not sure how I got in so much in the way of movie watching since the 13th of December, but somehow there are 20+ titles on this list!

Beyond the Gates Yes (but mostly for Barbara Crampton)
Krampus Maybe
The Greasy Strangler DearGodNo (I didn’t even finish it)
Antibirth Yes!
The Magnificent Seven Maybe
Ghostbusters Maybe (don’t kill me, I didn’t love it)
SiREN Skip
The Autopsy of Jane Doe YES
The Handmaiden OMGYES
Fury Road HELLYES
Gone Girl meh
The Girl On the Train Maybe
The Good Neighbor Probably (it’s on netflix)
I Am Not A Serial Killer Definitely! (it’s on netflix)
The Fearless Vampire Killers Wheee!
Rusalochka Pretty! (it’s on youtube, in six parts)
Train to Busan Intense!
The Skeleton Twins yesyesyes
The Happening meh
Zootopia yes!
Tangled um (if you have mother issues, this is a little triggering)
Goosebumps hrm