The Subscription Box Bug (plus codes for a free month!)

It’s true, sometimes my desire to be a part of things trumps my common sense. When I first started paying attention to subscription boxes, back in the beginning of the year, I realized I was a little bit late to the party with the whole idea, but I was immediately intrigued. I loved the novelty and the surprise of it, and the idea that some stranger was picking things out just for me! However, I also realize that my tastes don’t exactly align with the average person that these boxes are marketed to, but I somehow managed to shush that voice in my head and ordered all of them anyway.

I’ve been blarging regularly about my Stitch Fix boxes, and I am all the way up to number six now, which I will post about separately. I didn’t even bother with number five, because it was sort of a dud. I did keep one cardigan though, that I really love, so I guess it wasn’t all that bad.

I’ve mentioned the netflixian clothes rental  services Gwynnie Bee as well, and that’s actually something I have been having quite a bit of luck with, and have actually kept a number of dresses.  I have a bit of a passion for weird prints and these two are my current favorites.  I love the strange angles and geometry of the first dress (The MM2 Tangerine Prism dress), and the second dress (The City Chic Mirrored Paisley dress) looks like it houses a portal to another dimension in my nether region. And those weird pockets!  I do think they could both benefit from a belt. 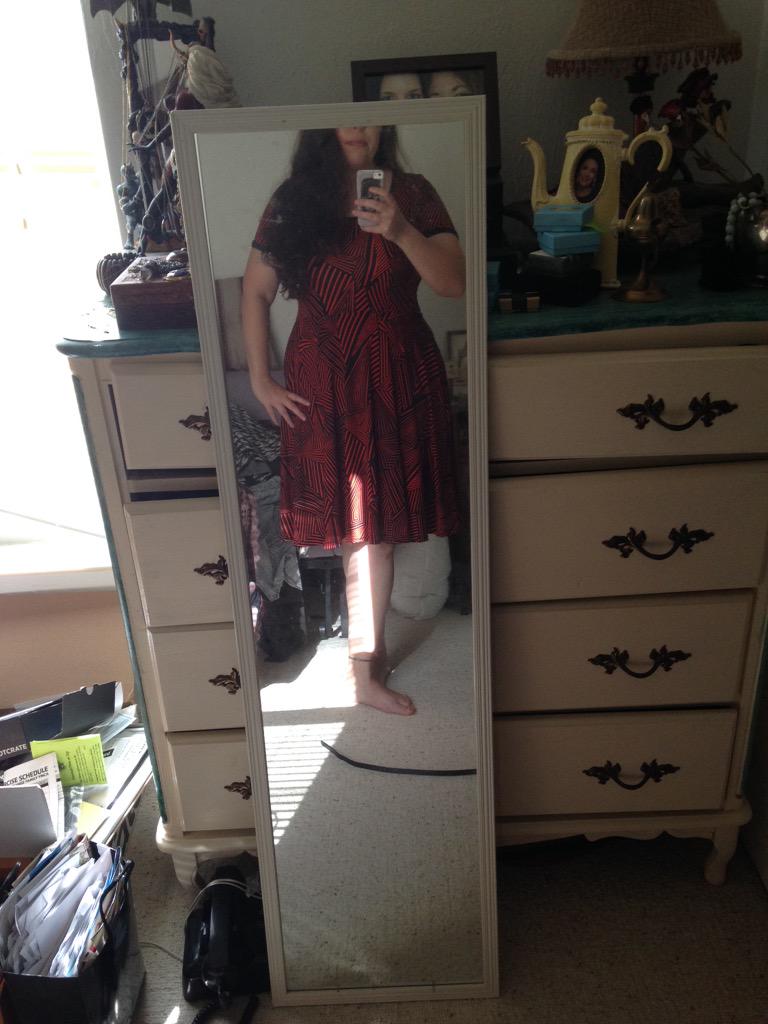 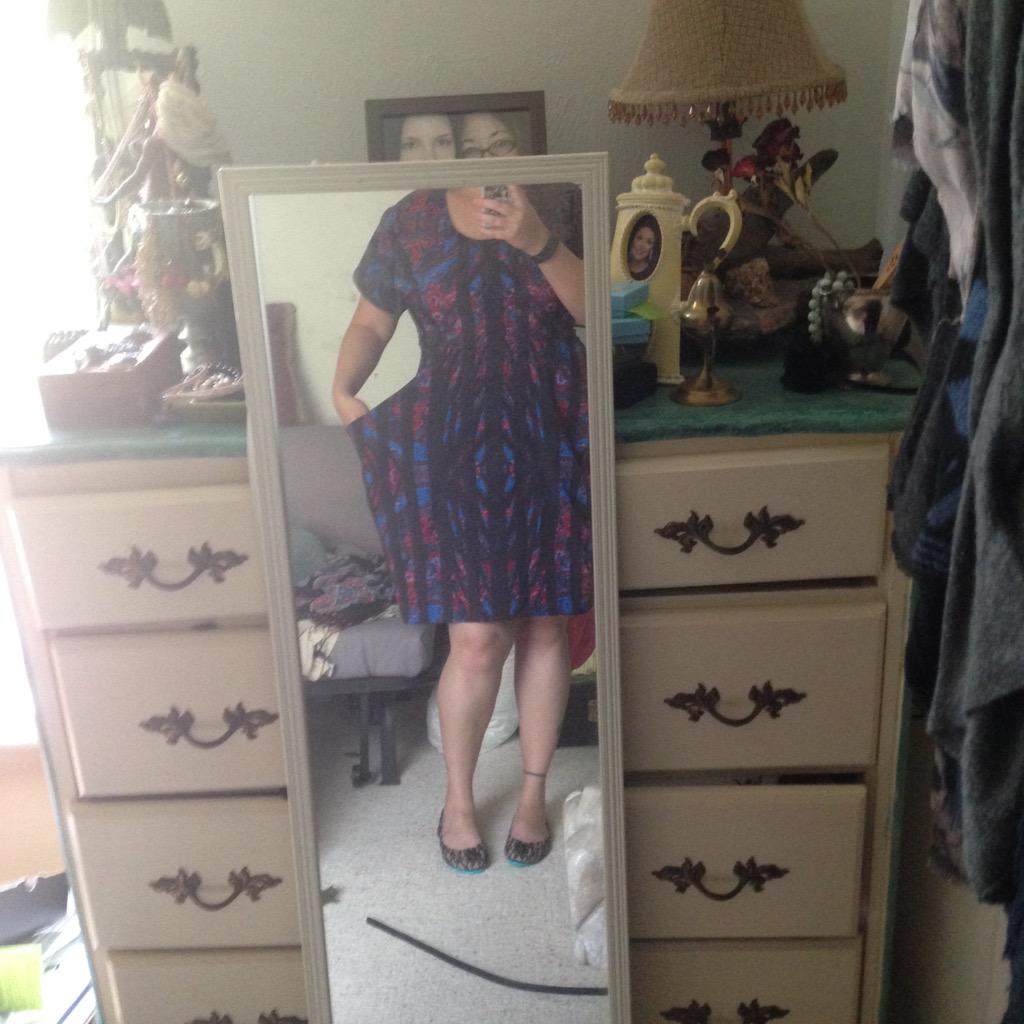 Rocks Box is one that I had some misgiving about because I am very particular when it comes to jewelry…but as I’ve been saying, I need some more traditional pieces to add to the rotation.  Sometimes I just don’t want to be asked questions about the taxidermy eyeball earrings that I am wearing, or the baby owl skull necklace around my neck.  On the whole they sent some nice things (I kept the gold Gorjana rings from each box, and that black House of Harlow arrow necklace) and they gave me some ideas for some designers that I will seek out apart from the service, but I’m kind of picky, and I just couldn’t force myself to like their inventory.  I canceled the service after three boxes; the third one was a dud, and is not pictured here.

The Daily Look Elite box  appeared promising at first, but they only cater up to a size 12, so if you are on the larger end of the spectrum, your choices are limited. I hate the term “edgy” with the fire of a thousand suns, but I think that if you’ve tried something like Stitch Fix and thought “oh man, this is stuff my grandma or the girl scout troop leader or low-end ladies who brunch would wear”, you would probably find Daily Look a little bit more edgy/contemporary. My first box was such a disappointment that I didn’t even bother photographing it, let alone trying it on.  And my second box, well, they sent me two (!) pairs of shoes, one pair of sunglasses, one trench coat, one kimono, and one bag, and one tiny pair of earrings. None of them were all that awful, but it was just nothing I need. I did keep the bag because upon closer examination it appeared to vaguely resemble an Alexander Wang satchel I’ve been lusting after, but upon evaluation I realize that I do edgy and avant-garde and offbeat just fine on my own.  I actually need more grandma clothes, to be honest.  Daily Look Elite has been canceled.

The last box I ordered was the Pop Sugar Must Have box.  Pop Sugar is one of those sites I never really make a point to look at, but sometimes when I am looking for reviews or roundups of certain types of cosmetics or beauty products, I end up there anyhow.  Now I knew going in that this box probably wouldn’t be to my taste (especially starting in June when everything is summer! beach body! sunshine! and all of that nonsense), but once again, I silenced my better judgement and signed up anyhow.

There was nothing terrible in here, but nothing really compelling either.  The new book by Judy Blume which I will give to my grandma because she is currently reading 50 Shades of Grey and I don’t want her brain to start to deteriorate, an eye shadow palette from Pacifica, a yoga headband, some sunglasses which aren’t my style at all and anyway I wear a terribly strong prescription, a gift card for $30 off a “vintage” jewelry site (which is mostly overpriced 80’s Avon stuff), and loofa buffer pre-filled with a very synthetic smelling yuzu body wash and some gummy vitamins. I am not sure why they call this a “Must Have” box.  Who Must Have this stuff?  I would be interested to see what they do for the autumnal season, so I might give it another try. In the meantime, I think I will squirrel some of this stuff away for gifts or surprises or something. Surprise! Have some crap that I didn’t want! Ha.

For most of these boxes I managed to find instances of “get a free month when you sign up”, otherwise I might not have tried them at all.  If you poke around My Subscription Addiction you might be able to find some of those and that way if you don’t like it, well, you really haven’t wasted anything other than your time. In the meantime, here’s a code for a free month of Rocks Box: SARAHBFF951 and the url for a free month of Gwynnie Bee: https://goo.gl/LbCqJh

What are your favorite subscription boxes?  Is there one that you think I should try?  You know, I really wish they’d put together a Haute Goth box*, or a Ghost Chic box – that would be right up my alley!

*I know there’s already some sort of goth box, but when I checked it out, it didn’t impress me.  I want one that includes art from my favorite dark artists, unusual baubles from my preferred ghouly jewelers, spooky tales from writers and poets, maybe a tarot deck or divinatory devices, an unusual piece, maybe a scarf or shawl or hat from a macabre desiger.
Wow, I think this box will probably cost about $1000.  I don’t want much, do I?

I've been late to the game as well with subscription boxes, and love getting "presents" ;p in the mail so have been trying out a bunch lately. I want to pull my hair out though with some of the makeup ones because I wish there was a way to totally opt out of blush. I had a look too at some of the goth/spooky boxes as well, but just, meh. I'd be down with a macabre box curated by yourself! Damn our expensive tastes though ;)

Yes to presents in the mail! A day without something fun in the mail is a sad day indeed. This is one I found that sounds interesting...it sort of looks like interesting monthly themes with high quality items. I will have to read some reviews.... https://www.littlelacebox.com/ ALSO, I love love love the idea of this one..but you could end up with a lot of booze in the house, heh. https://www.craftedtaste.com/

I also found a monthly K-beauty box https://us.memebox.com/about-us and how cool is this one? I think I have heard a few bloggers mention it before, a monthly box for lovers of Scandinavian design https://www.skandicrush.com/

The only thing I am subscribing to is the Ipay bag, but I must admit, I do love that shiny hot-pink envelope when it comes to me! ALSO. This month I got a Too Faced Melted Lipstick and an eyebrow pencil from IT Cosmetics. SCORE!

I want to subscribe to a beauty or cosmetics box, but I use that stuff so rarely anymore that I worry it might be a huge waste. It might be worth it, though, to find *one* thing that I love. I'm just afraid they're going to send me a bunch of pink lipsticks or goopy lipglosses, I guess. Is there any service where you get to fill out detailed profiles like "I prefer dark colors, and I don't wear blush, and I have dry, irritated skin, and skimpy eyebrows"? If there's a service that's more customized to what you might actually wear and not just a "one size fits all" approach, I might be interested in that.

Not really a box, but I loved my years of the Earring Club subscription from Wyrding Studios. (That's even my collection pictured on the page.) I have a lot of beautiful stuff from WS.